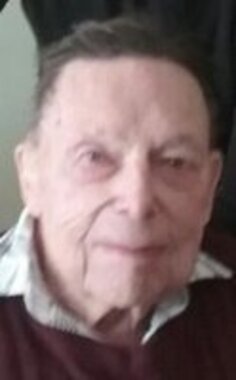 Back to Alan's story

Peabody - Alan Ray, 98, son of Martin Hasset and Josephine Ray West Ray, passed away March 31 at Brooksby Village, in Peabody. The fourth of five children (Martin, John, Margery and Roger), he was born in The Bronx, New York City in 1920, grew up in Bronxville, and graduated from public schools in Younkers. He then graduated from the United States Naval Academy, was commissioned as an ensign in 1941 at age 20 and sent immediately to Pearl Harbor. In both WWII and the Korea War he served in the Pacific and stayed in the navy until retirement as a captain in 1967. He then worked seven years for Prince George’s County, MD, before retiring to Gloucester.
In 1947 he married Alice Robertson of Annapolis. Alan Ray is survived by a son from this marriage, Alan Chadwick Ray (“Chad”), who married Rosalva Perez-Lopez; by two grandsons, Ian Daniel Ray (Andrea Hull), of Athens, GA, and Alan Derek Ray, of Hartsdale, NY; and by one great-granddaughter, Harriet Ramona Josephina Ray, of Athens, Ga. In 1969 Alan married Mary Unger Koehler, a navy widow from Rochester, NY and the mother of one son, David Koehler. Mother and son are both deceased. Chad lives in Pella, IA with his second wife, Jaci Vanden Oever Ray.
Alan’s retirement in Gloucester was occupied with volunteer work as president of the Cape Ann Visiting Nurses Association, as co-founder with his wife Mary of the Gloucester Archives Committee, and as chief warden of St. Mary’s Episcopal Church of Rockport. He loved gardening, curating family history, and fixing stuff. He was an inspiring father.
Plans are to celebrate his memory this summer at a gathering in Gloucester and/or a memorial service at Arlington National Cemetery. Memorial gifts may be sent to St. Mary’s in Rockport or to a charity you admire. Online condolences may be made at www.LyonsFuneral.com.
Published on April 14, 2018
To plant a tree in memory of Alan Ray, please visit Tribute Store.

Plant a tree in memory
of Alan

A place to share condolences and memories.
The guestbook expires on July 12, 2018.