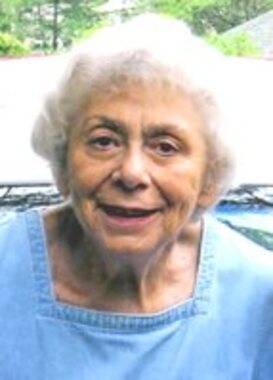 Back to Athena's story

Manchester-by-the-Sea - Athena E. (Apostolopoulos) Thibodeau, 84, wife of the late Joseph A. Thibodeau, died Thursday afternoon December 26, 2019 in the Beverly Hospital after a short illness. Born in Gloucester on August 6, 1935 she was the daughter of the late Paul J. and Katherine (Georgeopoulos) Apostolopoulos.
Athena was from Gloucester but called Manchester-by-the-Sea her home and favorite place. She resided for years as a homemaker and followed her husband Joe's career with TWA to Florida and Missouri. Later Athena worked for the town of Manchester-by-the-Sea in the Accountant's office. Athena's happiness was Manchester and the people she served and called friends. She was predeceased by her husband, Joe on February 6, 2008.
Athena is survived by her son Steve and three grandchildren, Eric, Brandon and Sean Thibodeau all of Kansas City, Mo. She was an only child.
A funeral service will be held Tuesda, December 31st at 10 a.m. at the Assumption of the Virgin Mary Greek Orthodox Church 8 Lafayette Road, Ipswich, relatives and friends are respectfully invited. Burial will follow in the New Highland Cemetery 29 Town Farm Road, Ipswich. There will be no visiting hours. Arrangements are under the direction of the Morris Funeral Home of Ipswich. To send a condolence please go to MorrisFH.com.
Published on December 28, 2019
To plant a tree in memory of Athena E. Thibodeau, please visit Tribute Store.

Plant a tree in memory
of Athena

A place to share condolences and memories.
The guestbook expires on March 26, 2020.

Dick Goutal
She was a very much appreciated founding member of the Manchester Library's Mystery Book Club. For a dozen years, I always looked forward to her reviews, her smile, and friendly participation. My condolences to her son and grandchildren.
Kathy, Bill and Parker Bruce

Gracious Lavender Basket was purchased for the family of Athena E. Thibodeau by Kathy, Bill and Parker Bruce.  Send flowers