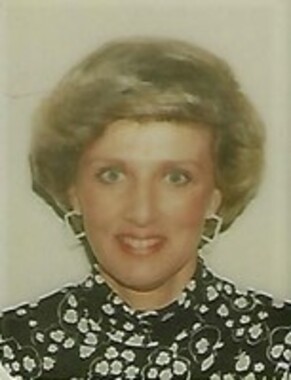 Back to Barbara's story

Rockport, MA - Barbara Jean (Ross) Abu, 82, of Rockport, wife of her beloved husband Joseph Abu, passed away quietly at home on Friday, January 10, 2020. Barbara was born on May 27, 1937, in Somerville, Mass., and was the daughter of the late Walter and Amy (Steeves) Ross. She was a Somerville High School graduate and continued on to secretarial school. After graduation she went to work for an architectural firm in Boston and then went to work in Wellesley for Kubitz and Pepi Architects where she remained for many years. Joseph came along and swept her off her feet, and they were married in 1980 and lived in Somerville until 2009 after which they retired to their summer home in Rockport. Being a city girl, Barbara had a hard time adjusting to the quietness of Rockport but soon learned to love it. She was very content to have her dogs nearby. Her past dog loves, Holly and Penny, who were Chow Chows, and her English Springer Spaniel, Valentino are most likely playing with her now. She loved books and magazines, had an extensive collection of Teddy Bears, was a crossword puzzle nut and was a great crafter. Her house was in immaculate shape and everything had its place. A lovely and caring lady has left a heartbroken family behind.

Barbara is survived by her husband Joseph, with whom she almost celebrated 40 years of marriage; her brother and sister-in-law Walter and Vickie Ross of Ontario, California; her sister-in-law Lisa Cottengaim and her husband Ray of Ashland (and their son Joseph and his wife Gleydi) as well as her brother-in-law Andrew Abu and his wife Jane (and their children Michael, Catie and Mary) of Southborough.

In keeping with her wishes there are no visiting hours. Her graveside service will be held at Puritan Lawn Memorial Park, 185 Lake St., Peabody, MA 01960 on Friday, January 17, at 1:30 p.m. Family and friends are cordially invited. In lieu of flowers, contributions may be made in her memory to Cape Ann Animal Aid www.capeannanimalaid.org, or The Alzheimer's Foundation of America, https://alzfdn.org/support-us/donate/.
Arrangements are by the Greely Funeral Home, 212 Washington St., Gloucester, MA. Online condolences may be given at www.greelyfuneralhome.com.
Published on January 14, 2020
To send flowers to the family of Barbara Jean Abu, please visit Tribute Store.

Send flowers
in memory of Barbara

A place to share condolences and memories.
The guestbook expires on April 12, 2020.

Debby Milne
Joe you and Barbara were a match made in heaven. You were her best friend and her biggest fan. It showed in your daily devotion to attending to her needs. It was a pleasure working with both of you and I hope you will visit us often. Please accept our deepest sympathies.
Debby Milne
Shoshi and Rob
Barbara was a kind soul and a sweetheart. May her memory be a blessing to you, dear Joe.
Taney MacLeod
I am so sorry of your loss Joe. She was one of my favorites. Please know that we are here for you.
View all