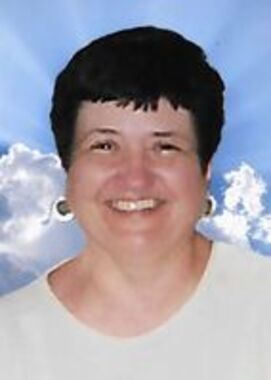 Back to Barbara's story

Georgetown - Barbara J. Trogler 77, passed away on January 21, 2020. Her final days were surrounded by family and friends that Barbara had touched during her life. Born on November 29, 1942, Barbara was the daughter of John and Dorothy (Aptt)Goulart, and sister to Mary (Goulart) Hathon, and was raised in Goucester In 1972, Barbara married Richard N. Trogler and together they raised their three boys in the home that Richard built for his family, in Georgetown. Barbara was a stay at home mother and worked hard at raising her boys, while also getting her bachelors degree in education from Salem State University. When Barbara's kids got older, she became an elementary teacher at the Paige School in West Newbury. She worked there many years as a kindergarten and first grade teacher before retiring. Barbara loved teaching and was highly respected among her peers and the families that had the privilege of having her as a teacher. Nothing made Barbara happier than spending quality time with family and friends. Whether it was chatting it up over coffee, shopping with the girls, taking vacations, or attending many of the youth sports games that her and Richard frequently went to for their Grandchildren and nephews, Barbara never missed a beat. She was always up for a good time, and always around those that loved her the most.
Barbara is survived by her beloved husband Richard of Georgetown MA, Son Michael and wife, Jennifer of Rochester NH, son Marc and wife Kristen of Derry NH and son, Stephen and wife Vivian of Columbia SC ; 5 Grandchildren who were her pride and joy, Andrew, Ashley, Madison, Jacob and Caitlin, Her sister and brother-in-law, Mary and Edward Hathon; all of her nieces and nephews.
The family would like to thank Harmony Homes by the bay in Durham, NH and Frisbie Memorial Hospital in Rochester, NH for the amazing care that was given to Barbara over the last few months.
Family and friends are kindly invited to attend her Funeral Mass on Monday, January 27th at 10:30 a.m. to be celebrated in St. Mary's Parish, Andover Street, Georgetown. Interment will follow at St. Mary's Cemetery, Beverly. Visitation will be held on Sunday from 1 to 5 p.m. at the Conte - Giamberardino Funeral Home, 14 Pleasant Street, Georgetown. For those who wish, Barbara may be remembered through donations to St. Jude Children's Research Hospital, 501 St. Jude Place, Memphis, TN 38105 or stjude.org For funeral home directions, florists or to share a memory with Barbara's family, please visit www.cgfuneralhomegeorgetown.com.
Published on January 27, 2020
To plant a tree in memory of Barbara J. Trogler, please visit Tribute Store.

Plant a tree in memory
of Barbara

A place to share condolences and memories.
The guestbook expires on July 20, 2020.

Eileen Pereira
Mary and family
I am so sorry to learn of Barbara’s passing.
I have fond memories of Barbara during our teenage years. May she Rest In Peace,
Marjorie Haberland
No words can express my sorrow. I will unable to attend her service as I am in Florida. My prayers and thoughts are with all.
Boy !!! Could she sing. She made us laugh and I will never forget.
Margie
Ann Hale McRae
Farewell to a sweet, kind lady .
Jennifer Leonard-Solis
I will never forget how kind Mrs. Trogler was to my curious and --at times--mischievous son when he was in her class. She always found a way to celebrate his gifts will still gently steering him back on task. I am grateful Keenan spent a year in your class, Mrs. T.
Tribute Store

Celestial Love was purchased for the family of Barbara J. Trogler by Tribute Store.  Send flowers