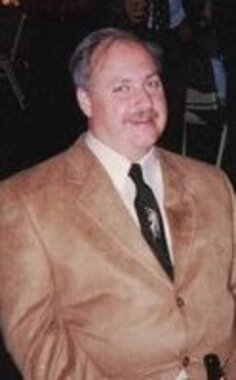 Back to Brian's story

Gloucester - Brian R. Langley, 65, of Gloucester, passed away on Monday, January 21, 2019, in Beverly Hospital.
Brian was born April 12, 1953, in Gloucester, he is the son of the late James A. and Mary (Leite) Langley. He was a lifelong resident of Gloucester and attended Gloucester Schools.
Brian was a dedicated Patriots fan; he also enjoyed old cars, playing the trumpet and harmonica. He was an avid bowler and was on the Junior League on TV.
He was a leather cutter for Strong Leather for many years. He previously worked at Gortons.
Brian is survived by his children, Jeremy M. Langley and his wife Nicole, Bryan R. Langley and his wife Maria and Monique M. Langley, all of Gloucester. He was the grandfather to his cherished grandchildren, Jeremy Langley Jr., Marissa Langley, Logan Langley, Dylan Langley, and Madysen Langley. He is also survived by his longtime companion Lynn Maker of Gloucester, and his former wife Leanne Ciaramitaro of Gloucester.
In addition to his parents, Brian was predeceased by his former wife Davina Manninen Karris.

Brian’s visiting hours will be in the Pike-Newhall Funeral Home, 61 Middle St., Gloucester, on Tuesday, January 29, 2018, from 5 to 7 p.m. His graveside service will be in Beechbrook Cemetery, Essex Ave., West Gloucester, on Wednesday, January 30, 2019, at 11 a.m. Relatives and friends are respectfully invited. In lieu of flowers, donations in Brian’s memory may be made to the American Heart Assoc., 300 5th Ave., Waltham, MA 02451. For online condolences and register book, please visit www.pikenewhall.com.
Published on January 28, 2019
To plant a tree in memory of Brian R. Langley, please visit Tribute Store.

Plant a tree in memory
of Brian

A place to share condolences and memories.
The guestbook expires on April 27, 2019.