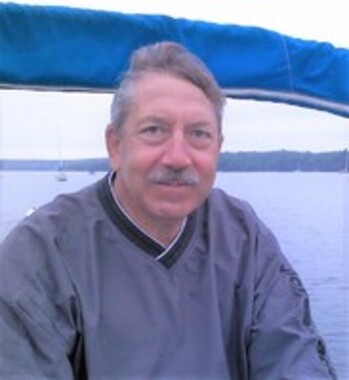 Back to Brooks's story

Buxton - Brooks Alexander Clark, beloved husband, brother, cousin, uncle, teacher, coach and mentor, passed away on September 7, 2019, at Maine Medical Center after suffering a brief illness. He was 62. He was born in LaGrange, Ill., a son of the late Stanley Jr., and Charlon (Cairns) Clark. A graduate of Trinity-Pawling School, Brooks then earned his English degree from the University of Maine in 1983. He grew up in Westfield, New Jersey, and spent summers fishing and boating in and around Ocean Point, Maine, which gave him a love for his adopted state.


Brooks excelled in the classroom. Over the years he taught many levels and many texts, but his passions were American literature and well-crafted sentences; in Melville, Hawthorne, and Fitzgerald he found inspiration and models. His colleagues always knew which students had been his: their essays demonstrated polished prose and clear thinking. He was instrumental in establishing an Advanced Placement Language program at Bonny Eagle, and his students consistently tested well. Perhaps more importantly, Brooks was able to connect with a broad spectrum of students. His instruction was never exclusive, and his love of music, fishing and sports helped him reach every student in his classroom. His rambunctious nature and accessibility made him a beloved teacher at Bonny Eagle and Mattanawcook Academy over more than 35 years.


He taught as Ahab pursued the white whale: with passion. Ahab declared that "The path to [his] fixed purpose is laid with iron rails, whereon [his] soul is grooved to run. Over unsounded gorges, through the rifled hearts of mountains, under torrents' beds, unerringly [he] rush [es]!" Such devotion made Brooks one of the most beloved staff members at Bonny Eagle High School, and in 1996 the student council broke with tradition to request that they have the privilege of choosing a graduation speaker. That year, and often thereafter, their choice was Brooks Clark.


Brooks brought the same passion to coaching as teaching. He began his career as an educator at Mattanawcook Academy (MA) in Lincoln, Maine. He served as a line coach under Ken Libbey, where his linemen helped the team win the Little Ten Conference Class D Championship in 1996. He also served as assistant coach and then head Wrestling coach, leading the squad to a third place finish in the 1990 State Championships. Along the way he coached five MA wrestlers to individual state championships.


Brooks brought his considerable talents, boundless energy, and raucous laugh to Bonny Eagle High School (BEHS) in the fall of 1991. He taught all levels of classes, coached multiple sports, and educated and inspired children and eventually their children in his 28 years there.


He was instrumental in guiding the Bonny Eagle football program into Class A. He began as an assistant coach when the new program was still playing a Class B and C schedule. He served as defensive coordinator when the team made the challenging jump into Class A. With his guidance the team earned a 4 - 4 record that first year. The following year he served as head coach of the BEHS football team. Today, BE Football remains a powerhouse and Brooks was intensely proud to watch them win multiple state titles.


Brooks touched countless lives in his years devoted to public education. He lived life with passion, humor, and gusto - whether teaching, coaching, fishing or spending time with his family and many friends. He is predeceased by his parents; and his brother Bayard Clark in 2010. Brooks is survived by his beloved wife Tina (Pelletier) Clark of Buxton, their son/nephew Andrew Clark; sister Cathryn (Catie) Salmon, her husband Michael, and his niece Charlotte of Gloucester, Mass., and many special cousins.

A Celebration of Life will be held on Saturday September 14 at 4 p.m. at Bonny Eagle High School Gymnasium, 700 Saco Road, Standish.
In lieu of flowers, contributions may be made to the Brooks A. Clark Memorial Fund, which will benefit students pursuing careers in education. Online memorial contributions can be submitted at the Chad E. Poitras Cremation and Funeral Service website, www.mainefuneral.com or mailed to Bonny Eagle High School/Brooks A. Clark Scholarship Fund, 700 Saco Road, Standish ME
Published on September 11, 2019
To plant a tree in memory of Brooks Alexander Clark, please visit Tribute Store.

Plant a tree in memory
of Brooks

A place to share condolences and memories.
The guestbook expires on December 09, 2019.