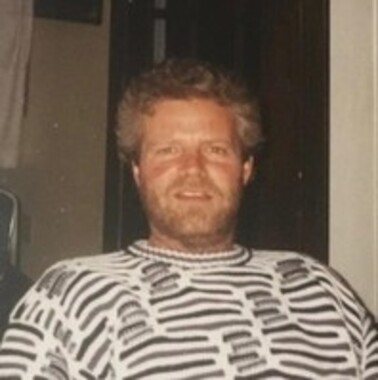 Back to Capt. Thomas's story

Gloucester - Captain Thomas Joseph Cain III, passed away peacefully Sunday morning, October 27, surrounded by his three children, Michael Cain, Hannah Cain and Heather Cain.
In addition to this three children, all of whom were born and raised in Gloucester, Thomas is survived by his mother, Beverly Cain of Gloucester; younger brother, Timothy Cain of Essex; younger sister, Tracey O'Donavan of East Sandwich; former wife, Holly Cain of Gloucester; two granddaughters, Violet and Kingsley Cain of Gloucester; and grandson, Raith Newton of Revere. He was predeceased by his father, Thomas Joseph Cain Jr. of Gloucester.
Thomas "Caino" Cain was born and raised in Gloucester. He was a man of courage, humor and integrity. He was tough as nails, approaching life head on and accepting any challenge, no matter the size. Caino had the warmest heart imaginable, was full of wisdom and was sincere and honest. He was a generous person, someone who was quick to literally give the shirt off of his back. He was a proud father, grandfather and Gloucesterman. He was a well respected Fisherman and Captain. He fished off of numerous commercial vessels including the Odessa, the Middle Bank, the Kristen Lee and the Winner 3. Some of his all-time favorite crewmates included Capt. Bob Anderson and Capt. Billy Crossen, both of whom he was predeceased by as well as Capt. Brett Clayton, who he is survived by.
Caino lived for his three kids and three grandchildren. They were his world and he could not have been more proud of them. He was adamant that they laugh each day, keep each other close and do whatever made them happy in life, something his children say they will live by forever.
He loved attending his kids' sporting events from Riverdale Rocket days to collegiate level games. He also had a blast attending his son's Mariner baseball games and coaching AAU Freedom baseball alongside his son. He made it a point to embrace his children's coaches and teammates as family. He was proud and grateful for his and his children's circle of friends, whom he trusted and loved dearly.
He loved music, cooking and crossword puzzles. He loved getting a fire going in the wood stove. He was a weather guru and enjoyed all parts of nature, especially the ocean, stars and sunsets. He watched the sunset each night at Lanes Cove with his family and friends, always in his favorite wardrobe items, Crocs and a flannel. Caino had a colorful vocabulary and was a straight shooter, telling you how it was, no matter what it was. He was loved beyond measure and will be missed like no other. There will never ever be another soul like Caino.

Visiting hours in his honor will be held on Tuesday, November 5th from 4 to 7 p.m. in the Greely Funeral Home, 212 Washington Street, Gloucester. A Celebration of Life will be held in the summer of 2020.
As he believed in giving back and investing in the youth from his community, his children have started a scholarship foundation in his name: The Caino Legacy Foundation. This scholarship will be awarded annually to a graduating senior from Gloucester High School who is pursuing a certificate program, trade school or college/university degree. The scholarship will be awarded to a student who simply deserves it. In lieu of flowers, donations to his scholarship foundation would be appreciated. Please send donations to Cape Ann Savings Bank, 38 Rogers Street in Gloucester, MA 01930. Please make donations payable to Caino Legacy Foundation. Online contributions can be made at gofundme.com/f/caino-legacy-foundation.
For online condolences, please visit www.greelyfuneralhome.com.
Published on October 31, 2019
To plant a tree in memory of Capt. Thomas J. Cain III, please visit Tribute Store.

Plant a tree in memory
of Capt. Thomas

A place to share condolences and memories.
The guestbook expires on January 28, 2020.

Restore the guestbook to view the 18 more posts by family and friends, and share a memory or message of condolence of your own.