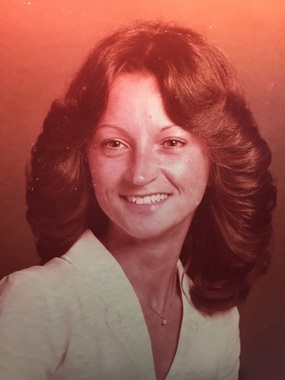 Back to Carol's story

Mrs. Carol G. (Nadeau) McLaughlin, 66, of Topsfield, beloved wife of Joseph McLaughlin, died peacefully, Thursday, November 30, 2017, at her home surrounded by her loving family.
Born in Beverly she was the daughter of the late Lucien and Jeannine (Dube) Nadeau. She was raised and educated in Salem and attended Salem schools.
Prior to her illness, Mrs. McLaughlin had been employed for many years as a presser for V.I.P. Cleaners in Topsfield.
Artistic and talented, Carol expressed herself through different mediums; she was an avid gardener and enjoyed crafts, she was an amazing quilter and was well known for restoring antique furniture.
A longtime resident of the Town of Topsfield, Carol was a loving wife, mother, grandmother, sister and aunt. She enjoyed spending time with her family and sharing her many projects with them. She was forever grateful for her loving and caring family and she was most proud of their many accomplishments. She will be deeply missed.
Carol is survived by her husband of 29 years, Joseph McLaughlin of Topsfield; her son, Richard Pelletier and his wife, Erica of Salem; her three grandchildren, Rachael, Shawn and Heath; sister, Joanne Nadeau of Sanbornton, N.H.; brothers, Bob Nadeau and his wife, Cynthia of Lynn and James Nadeau of Ft. Lauderdale, Fla.; and several nieces and nephews.
Her funeral will be held from the Peterson-O'Donnell Funeral Home, 167 Maple St. (Route 62), Danvers, on Wednesday, December 6, at 10:15 a.m., followed by her graveside service in Pine Grove Cemetery, Haverhill Road, Topsfield. Relatives and friends invited. Visiting Hours Tuesday, December 5, from 4 to 7 p.m. In lieu of flowers, expressions of sympathy may be made in Carol's memory to Merrimack River Feline Rescue, 63 Elm St., Salisbury, MA 01952; or to Care Dimensions, 75 Sylvan St., Danvers, MA 01923. To share a memory or offer a condolence, please visit www.odonnellfuneralservice.com.
Published on December 4, 2017
To plant a tree in memory of Carol G. (Nadeau) McLaughlin, please visit Tribute Store.

Plant a tree in memory
of Carol

A place to share condolences and memories.
The guestbook expires on June 01, 2018.