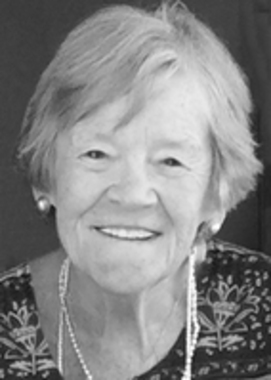 Back to Carolyn B.'s story

Gloucester and Ipswich - Carolyn "Bonnie" (Brown) Barney, 71, a longtime resident of both Ipswich and Gloucester, passed away peacefully on Sunday, January 5, 2020, as a leap-year baby, just shy of her 18th birthday. Her passing comes at the end of a brief battle with pulmonary fibrosis. Bonnie was the wife of the late Jim Barney of Ipswich and Hamilton, and the mother of Mason Barney of New York, N.Y., and Caroline Cohen of Medford.
Bonnie was the daughter of the late William G. Brown and Jane P. Brown. She was the fourth of six siblings. They all grew up on Eastern Point in Gloucester. She was the valedictorian of her Gloucester High School, class of 1965, and went on to receive her B.A. in History/American Studies from Smith College in 1970. Following graduation, Bonnie worked as a business consultant at the Boston Consulting Group (starting just two years after BCG hired its first female consultant), and then at an early computer startup called Entrex, before taking time to raise her two children. Upon having children, Bonnie and Jim moved to Ipswich, where they both spent the remainder of their lives.
Bonnie was extremely active in local volunteer work, serving as the President of the Friends of the Ipswich Public Library and President of the Friends of the Winthrop School. She was also active in the Ipswich Garden Club, the Boy Scouts and Girls Scouts, and the Ipswich Yacht Club. In later life, Bonnie held a variety of jobs, including as the Librarian at the Ipswich Middle School, as a stock option administrator at Wellfleet Communications, and at Avid Technologies, and as the Children's Librarian at the Hamilton-Wenham Public Library.
Bonnie loved boating, the beach, flowers, and gardening. Before her failing health in recent years, she and Jim could often be found in their garden or on boating adventures, usually to Crane Beach with friends.
In addition to her two children she is survived by her daughter-in-law Jaclyn Okin Barney; and granddaughter, Julia Barney, both of New York; her son-in-law, Josh Cohen; and two grandsons, Ethan and Alex Cohen, all of Medford; four sisters, Judith Ryan of Gloucester, Joan Herrmann of Essex, Barry Hamill of Florida, Melinda McAra of Catuamet; a brother, William G. Brown IV of Gloucester; and many nephews and nieces.
Her funeral service will be held at 11 a.m., Friday, in the First Congregational Church of Hamilton, 624 Bay Road, Hamilton, followed by a reception. Family and friends are respectfully welcomed. Visiting hours are Thursday 4 to 7 p.m. in the Whittier-Porter Funeral Home, 6 High Street, Ipswich. Interment will be held at a later date.
In her memory, please plant beautiful flowers, enjoy the sunsets and if interested, make memorial contributions in her name to Generous Gardner's of Gloucester. For directions or to leave a condolence, please visit www.whittier-porter.com.
Published on January 9, 2020
To send flowers to the family of Carolyn B. "Bonnie" Barney, please visit Tribute Store.

Send flowers
in memory of Carolyn B.

A place to share condolences and memories.
The guestbook expires on April 07, 2020.

Sacred Duty Spray was purchased for the family of Carolyn B. "Bonnie" Barney by james kerr.  Send flowers

Cynthia Hill
A sweeter friend one would be hard to find. The memories of a childhood shared with Bonnie is one of laughter and hours spent at EPYC.
Catch a breeze and sail Bonnie, your friends value your love of life.
View all