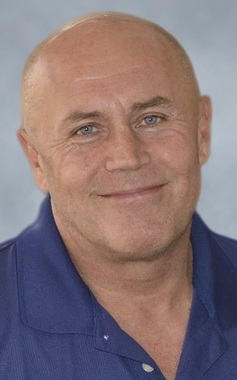 Back to Charles "Chuck"'s story

Mr. Charles “Chuck” Sawulski, Jr. passed away unexpectedly on September 7, 2017, in his Fort Myers, Florida home.
Born and raised in Salem, Massachusetts, Chuck attended Salem public schools, graduating from Salem High School in 1978. Throughout his younger years basketball quickly became his first true love, and he received a four year scholarship for his talent, attending Husson University of Bangor, Maine.
Chuck found great serenity aside the ocean, ultimately settling down in Gloucester, Massachusetts with his family. While in Gloucester he spent many years of employment at Varian, traveling around the world during his time there.
When he wasn’t working Chuck found himself out in the salty sea quite often on his boat fishing and enjoying life. Chuck passed his passion for basketball and love for the ocean to his two daughters, whom he would take with him often.
In 2005 Chuck decided to move to Florida to better his life, first settling in Fort Lauderdale, and ultimately spending the remainder of his life in Fort Myers. During his time in Florida he found comfort becoming a member of the local Salvation Army where he made lifelong friendships. He was welcomed and continued to play basketball and find tranquility alongside the ocean. He was also embraced by a local church, Integrity Church of Bonita Springs, Florida, who invited him into their family with open arms, and he would attend Mass every Sunday.
Chuck’s gracious character was undeniable, and anyone who met him instantly felt the kindness of his heart; his compassionate soul always shone through his crystal blue eyes. He offered a helping hand to whomever was in need and had an amazing gift of making people laugh. Near and far, Chuck left a piece of his heart in each place he visited, and his loving nature will live on through those he heartened among his travels. He will truly be missed by all.
Chuck is survived by his two daughters, Sarah Sawulski and Laura Sawulski, both of Gloucester, Mass.; two granddaughters, Elyanna Sawulski and Valentina Souza, both of Gloucester, Mass.; his parents, Charles Sawulski, Sr. and Paula Sawulski, both of Pompano Beach, Fla.; his two sisters, Diane Sawulski and Kristine DeGregorio, both of Salem, Mass.; his nephew, Chad Stankiewicz of Atlanta, Georgia; as well as many other cousins, relatives, and many friends, near and far. Chuck was predeceased by his brother and best friend, James Sawulski; his grandfather, Chester “Dzia Dzia” Sawulski and his grandmother, Janine “Babcia” Sawulski.
Relatives and friends are invited to attend his funeral service which will be held in The O’Donnell Funeral Home, 46 Washington Sq. (at Salem Common), Salem on Friday, September 29, at 11 a.m. Visiting hours prior to the service from 9 to 11 a.m. Burial in St. Mary’s Cemetery, Salem. In lieu of flowers, expressions of sympathy may be made in Chuck’s memory to a local Salvation Army. To share a memory or offer a condolence, please visit www.odonnellfuneralservice.com.
Published on September 20, 2017
To plant a tree in memory of Charles "Chuck" Sawulski, Jr., please visit Tribute Store.

Plant a tree in memory
of Charles "Chuck"

A place to share condolences and memories.
The guestbook expires on March 18, 2018.