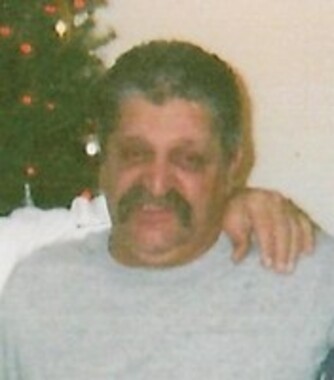 Back to Charles's story

Gloucester - Charles N. “Lucky” Orlando, 76, of Gloucester, passed away unexpectedly on Monday, December 31, 2018, at the Addison Gilbert Hospital.
He was born in Gloucester on December 25, 1942, son of the late Anthony and Phyllis (Nicastro) Orlando.
Lucky was a fisherman most of his life, where he fished out of Gloucester. He also was a mechanic who would often help maintain the boats engines.
He enjoyed playing cards with friends and also ran Jennie’s Flea Market in Rowley. He will be greatly missed by his family and many friends.
Lucky is survived by his son, Anthony Orlando; two daughters, Eva Favalora and her husband Joe, Gina Manley, and her husband Larry, all of Gloucester; sister, Phyllis Moore of Gloucester; eight grandchildren; a great-granddaughter and his former wife, Mary (McCann) Orlando, of Tewksbury.
He was predeceased by his daughter, Phyllis Orlando.

In keeping with his wishes, services, and burial, will be held privately.
Visiting hours in the Greely Funeral Home, 212 Washington Street, Gloucester, will be held on Wednesday, January 9, from 2 to 4 p.m. Relatives and friends are cordially invited to attend.
In lieu of flowers, contributions may be made in his name to a charity of your choice. For online condolences, please visit www.greelyfuneralhome.com.
Published on January 7, 2019
To plant a tree in memory of Charles N. Orlando, please visit Tribute Store.

Plant a tree in memory
of Charles

A place to share condolences and memories.
The guestbook expires on April 06, 2019.