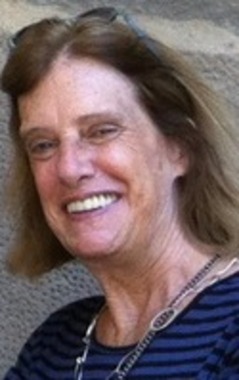 Back to Claudine's story

Manchester, MA - Claudine Gignoux Scoville, 68, of Manchester-by-the-Sea, left us peacefully on December 26, 2019 while camping on the Atlantic shore of Assateague Island, Md. She was celebrating Christmas with her lifetime friend, colleague, and treasured partner, Stephen Loring.
Claudine was the daughter of Jacques and Virginia L. Gignoux (both deceased) and raised in New York City and Stockbridge, MA. She attended The Brearley School in NYC, and graduated from The Madeira School in McLean, Va.
She initially studied at Boston University and after moving out west with her then-husband, Nick Scoville, graduated with a B.A. in Liberal Studies from California State University, Los Angeles. A talented potter and all-around craftsperson, Claudine later studied towards a graduate degree in Anthropology at the University of Massachusetts, Amherst, which included studies at the MIT Center of Materials Research in Archaeology and Ethnology.
Claudine was admired for her boundless energy, whimsy, creativity, generosity, and thoughtfulness. Her ability to pull together a planned or impromptu meal, whether at home, the beach, or anywhere, was legendary. She is survived by her partner, Stephen Loring, her siblings, Samuel F. Gignoux, Elvia Gignoux, Craig P. Loomis, Thayer L. Gignoux, Thomas J. Gignoux, and Reginald Gignoux, aunts and uncles and many cousins in America and France, and her beloved nieces and nephews Vivian, Jacques Denny, Casey, James, Simone, Christopher, Alexander, Eli, Oliver, Madeleine, Phoebe Claudine and Ella, as well as innumerable friends - all of whom miss her profoundly.
Claudine's museum career captured her passions and abilities. In 1982, she started at the Southwest Museum, Los Angeles, CA, later serving as a Registrar with the Arizona State Museum, Tucson, AZ, and at the Center for Creative Photography, University of Arizona.
In 2002, Claudine moved back east to become the Head Registrar for the Peabody Essex Museum (PEM) in Salem, MA, where she professionalized and expanded the registration department and oversaw loans of thousands of works of art for national and international traveling exhibitions and hundreds of acquisitions into PEM's collections. Claudine was particularly proud of her considerable involvement in a PEM-led initiative to mount a premier exhibit entitled The Emperor's Private Paradise: Treasures from the Forbidden City (Beijing, China). This year-long traveling exhibit opened first in 2010 at PEM, and then went on to the Metropolitan Museum of Art in NYC and ended at the Milwaukee Museum in Wisconsin. Claudine reluctantly took early retirement from PEM in 2015, after having been diagnosed with Multiple Sclerosis.
Even in "retirement" Claudine couldn't escape her advocacy for things old and fragile, travelling on behalf of the Smithsonian to England (to assess the world's oldest North American birch-bark canoe), Portland, Ore. (to facilitate shipping one of the last North Alaskan Eskimo umiaks-a 27 foot open whaling boat-to Washington, DC) and Maine (to rescue archaeological collections associated with one of the oldest sites in eastern North America).
In addition, Claudine consulted with Questor Systems, Los Angeles, and Articheck Ltd., of London, installing and developing collection automation management solutions for museums, art dealers, auction houses, and art shippers.
As requested by Claudine, the family plans on a Memorial gathering sometime later this year. Memorial Gifts may be made to the Phippsburg Land Trust (P.O. Box 123, Phippsburg, Maine, 04562) www.phippsburglandtrust.org, Doctors Without Borders www.doctorswithoutborders.org or Borderlands Restoration Network www.borderlandsrestoration.org.
If you have a moment, please take a walk on the beach or in the mountains in Claudine's honor for it is in these wilder, windier places be they the forested hills of Quabbin, the mountains and desert of the Southwest, or New England's North Atlantic shores where she found grace.
Published on February 27, 2020
To plant a tree in memory of Claudine Gignoux Scoville, please visit Tribute Store.

Plant a tree in memory
of Claudine

A place to share condolences and memories.
The guestbook expires on August 24, 2020. 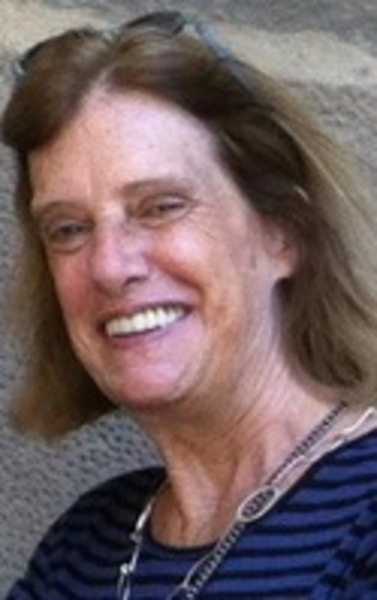