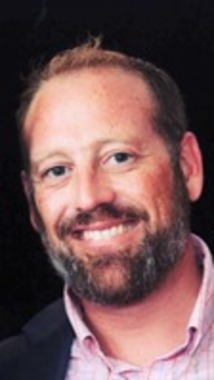 Back to Conrad's story

Essex - Conrad Taylor Garfield, 41, of Essex and Hamilton died unexpectedly in Danvers on Tuesday November 19, 2019.
Born in Boston, Conrad was the beloved son of the late Conrad Baker Garfield and Martha (Taylor) Garfield. He was raised and educated in Hamilton. Conrad was a graduate of Hamilton Wenham Regional High School, Class of 1996, where he was the Captain of the Wrestling Team in his Senior year. He graduated from Roger Williams University in 2000 with a Bachelor of Arts in Business. He spent many years in the car industry working in both sales and management at car dealerships on the North Shore.
Conrad was a proud, loving father who cherished his time spent with his children. He loved being on the sidelines of their sports events and participating in their school activities.
He will be remembered as the family "breakfast cook" and most especially for his home fries.
He loved being in the outdoors and on the water. Conrad was a free spirit with a huge heart and would give anyone who needed it the shirt off his back. He was loyal to his family and friends and will be greatly missed by those whose lives he touched.
Conrad is survived by his mother, Martha of Hamilton, his wife Robin (Seppala) Garfield, his beautiful children, Christina Lyn, Alexis Lillian, Conrad Baker and Stella Rose all of Essex, his brother, Zak and his fiancé Kim Woo, her daughter, Amarrah; his aunts and uncles, Jackson and Jill Garfield of Topsfield, Melissa and Carl Stewart of Keene, NH, Paul and Debra Taylor of Concord, NH, Maggie and Edward Cox of Ludlow, MA, many cousins and their children, and his in-laws, Lynda and Norman Seppala of Gloucester.
A funeral service will be held at the First Congregational Church of Essex, 39 Main Street, Essex on Friday, December 6, 2019 at 11 a.m. Visiting hours at the Campbell Funeral Home, 525 Cabot Street, Beverly on Wednesday, December 4, 2019 from 4 to 7 p.m. Information, directions, condolences at www.campbellfuneral.com.
Published on November 30, 2019
To plant a tree in memory of Conrad Taylor Garfield, please visit Tribute Store.

Plant a tree in memory
of Conrad

A Full Life was purchased for the family of Conrad Taylor Garfield.  Send flowers

Dale Stevens
Dear Marti,
I am so sorry for your loss. You have been in my thoughts and prayers
Love,
Dale Stevens
Kenny Taylor
I graduated with Conrad from Hamilton Wenham and had the pleasure of being in some of the same classes. He was without a doubt one of the nicest and funniest kids in high school and always had a huge smile on his face. My deepest condolences to the family. May God comfort you through these tough times.
View all