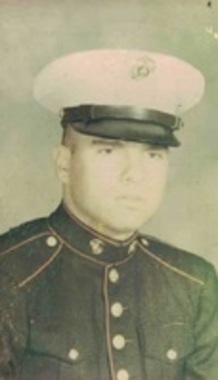 Back to Cosimo's story

Gloucester - Cosimo Damien Parisi, of Gloucester, passed on to a better time on Friday, January 25, 2019, due to long-term issues. He is the husband of Janice (Hobbs) Parisi.
Cosimo was born April 10, 1949, to Captain Salvatore and Anne Parisi.
After graduating from Gloucester High School, Cosimo served in the United States Marine Corp during the Tet Offensive where he was wounded and received injuries that would plague him the rest of his life.
Cosimo was an accomplished artist. He was accepted and attended school in Naples, Italy, where Monet, Manet, and Renoir studied. He cut his promising career short to return to Gloucester and fish with his father on the eastern rig dragger, St. Nicholas.
He married his first wife Janice Hobbs of Gloucester. After parting he then married Nancy Palmisano. They shared a son Salvatore Parisi. Nancy passed away years later and Cosimo remarried his first wife Janice up to his passing.
He is survived by his son Salvatore Parisi; his grandson Jared Herro; his brothers and sisters; and many nieces and nephews; as well as his old gang from the fort to remember him.
Cosimo was predeceased by his father Capt. Salvatore; his mother Anne (Filletto) Parisi; his brother Nicholas; and his step-daughter Kelly Sharac.
Fair wind and following seas to you my brother, you will not be forgotten.

Cosimo’s visiting hours will be in the Pike-Newhall Funeral Home, 61 Middle St., Gloucester, on Thursday evening from 4 to 7 p.m. His graveside service will be in Calvary Cemetery, Eastern Ave., Gloucester, on Friday, February 1, 2019, at 11 a.m. Relatives and friends are respectfully invited. For online condolences and register book, please visit www.pikenewhall.com.
Published on January 29, 2019
To plant a tree in memory of Cosimo Damien Parisi, please visit Tribute Store.

Plant a tree in memory
of Cosimo

A place to share condolences and memories.
The guestbook expires on April 28, 2019.

Restore the guestbook to view the 5 more posts by family and friends, and share a memory or message of condolence of your own.