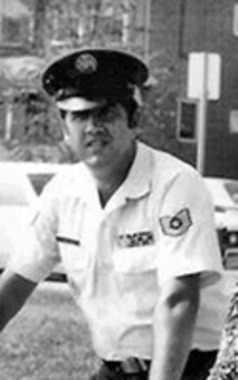 Back to Dennis's story

Middleton, MA - Dennis J. Dragonas (D.J.) of Middleton, Mass., passed away doing what he loved. Despite a debilitating illness he did as he always did and fought the tough fight. His last day was spent at the casino doing what he loved with the love of his life. He is survived by his loving wife Danise who he affectionately called his Angel. They spent 51 beautiful years together.
D.J. was born and raised in Salem, Mass., and graduated from Salem High School. After graduation D.J. joined the United States Air Force and with pride and dedication to country he made this a lifelong commitment to serve 23 years. Throughout his military career he excelled as a flight engineer, personnel management and finishing his last 10 years of service as one of the Air Force Top Recruiters. He won numerous awards for his excellence and marketing techniques and was privileged to assist swearing in a Nurse into the Air Force Program on home plate at Fenway Park. After his retirement from the Air Force, his success as a Military Recruiter became a path to his next phase. The Department of the Army selected him to Recruit for them as a Civil Service employee to work beside the active-duty Army Recruiters. He spent the next 13 years breaking quota records for the Army, most times exceeding the Active Duty Recruiters. His belief in the military and his natural way with people earned the respect of all his recruits. In D.J.'s 13th year, he suffered a devastating cerebral hemorrhage that forever changed his life. Given a five percent chance of survival, D.J. continued to fight the fight and proved those odds wrong.
Although this disability forced D.J. to retire, through a very long rehab, a strong will to survive and a strong family devotion, D.J. continued to thrive. A lifelong golfer, D.J. was determined to continue to play despite his numerous physical limitations. He not only got back on the golf course, but he continued his roles at the Rockport Golf Club as Tournament Director and presided over the Board of Directors as President. His willingness to help others also earned him a seat on the Board of Directors at his residence of Ferncroft Towers. D.J. was a compassionate man and loved helping others. It was not uncommon for him to take his daily walks around the Salem Common and hand a few dollars to anyone that appeared to be in need.
D.J. was a devoted husband, father and Grandpa. Family and friends were his life. Throughout his life and despite all his medical challenges he was always there for his children. Graduations, weddings and family gatherings are the memories he held most dear to his heart. He loved his time spent in Florida soaking up the sun rays and above all sharing those beautiful sunny days with his family.
In addition to his loving wife Danise (Seppala) Dragonas, D.J. is survived by his daughters Diana Lauer and her husband Mike of Kansas, Norene Carroll of Kansas, Brenda Wessel of Kansas and Melissa Dragonas and her partner Bob LeMoine of New Hampshire; his son Dennis J. Dragonas and wife Christy of Kansas; his grandchildren, Jessica, Megan, Nick, Ashleigh, Seth, Ethan, Madison and Kennedy; 11 great-grandchildren; and many nieces and nephews. He is predeceased by his mother Gertrude Quinn; his father John Demetrius Dragonas; his sister Mary Jones; and his first wife Vera Dragonas.
Relatives and friends are kindly invited to visiting hours on Friday evening at the Mackey Funeral Home, 128 S. Main St., Route 114, Middleton, MA from 4:30 to 8 p.m. A funeral service will be celebrated for Dennis on Saturday at 10 a.m. in the funeral home followed by burial in Oakdale cemetery. In lieu of flowers, kindly make memorial donations to the Disabled Veterans at www.DAV.org. To leave a condolence, kindly visit www.mackeyfuneralhome.com.
Published on November 13, 2019
To plant a tree in memory of Dennis J. Dragonas, please visit Tribute Store.

Plant a tree in memory
of Dennis

A place to share condolences and memories.
The guestbook expires on February 10, 2020.