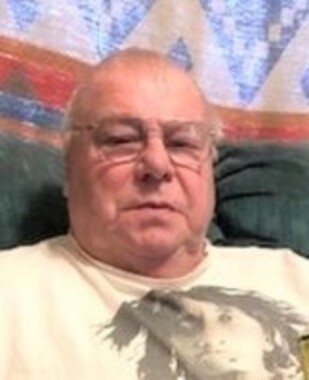 Back to Donald's story

Gloucester - Donald E. Brown, 81, of Gloucester, passed away unexpectedly on Friday, August 30, 2019, at his residence.
He was born in London, England, on October 31, 1937, son of the late Percival and Catherine Brown.
Don attended schools in England and served in the Royal Air Force. He was an exceptional soccer and cricket player in his youth. In 1966, he moved his family to Massachusetts and eventually settled in Magnolia.
He worked for many years as a machinist at Gloucester Engineering. Somewhere along the way he fell in love with Bob Marley and even named his cat Marley. Following his retirement, he loved his morning coffee and newspapers, clamming, walking the boulevard, and watching Judge Judy. He was a huge Chelsea soccer fan as well as an avid New England sports fan especially the Patriots, Celtics and Red Sox. He would also occasionally tell you his firmly held political opinions. Don was a big, jolly fellow and was well liked by all who knew him. He will be greatly missed.
Don is survived by his sons, Karl Brown of Gloucester and Warren Brown and his wife Lisa of Cooper City, Florida; his grandchildren, Keri Brown, and Kyle (Brittany) Brown of Wisconsin, and Blake Brown and Brooke Brown of Florida; two great-grandchildren, Zoey Brown and Jayden Brown of Wisconsin; and his former spouse, Anne Burrus of Gloucester. He is also survived by his close friends Victoria and Mark Mason who treated him like a part of their family.
He was predeceased by his brother, Andrew Brown, and his best friend, Benny Campbell.

In keeping with his wishes, there will be no formal services.
In lieu of flowers, contributions may be made in his name to the Cape Ann Animal Aid Association, 4 Paws Lane, Gloucester, MA 01930.
Arrangements by Greely Funeral Home, 212 Washington Street, Gloucester.
For online condolences, please visit www.greelyfuneralhome.com.
Published on September 4, 2019
To plant a tree in memory of Donald E. Brown, please visit Tribute Store.

Plant a tree in memory
of Donald

A place to share condolences and memories.
The guestbook expires on December 02, 2019.

Restore the guestbook to view the 8 more posts by family and friends, and share a memory or message of condolence of your own.