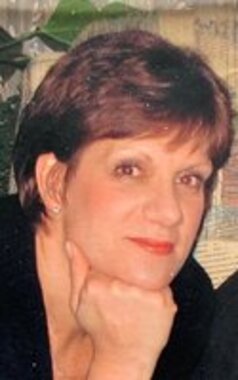 Back to Donna's story

Gloucester - Donna L. Smith, 67, of Gloucester, formerly of New Jersey, passed away Saturday afternoon, February 1, 2020 at Gloucester Healthcare Center in Gloucester after a seven-year courageous battle with Alzheimer. She was the beloved wife of Michelle A. Ciarametaro.
Born in Patterson, NJ, she was the daughter of the late Walter F. and Dorothy (DeLazier) Smith. She was raised and educated in Butler, NJ and was a graduate of Butler High School. Donna continued her education in Fashion Design at Centenary College for Women in Hackettstown, NJ where she enjoyed being a part of the Women's Chorus. After college Donna went on to fashion modeling and designing wedding gowns, refurbishing antique wedding gown, and making children's Christening outfits and clothing, teddy bears and dolls. She went on to turn her passion and expertise in to making beautiful, elaborate quilts that she gifted to all of her family, which will be cherished forever.
Donna was employed as an Executive Administrative Assistant for many years prior to moving to Gloucester. She then went on to working as an event planner at the Hawthorne Hotel in Salem, as well at the Emerson Inn in Rockport. In later years she was employed at the Cape Ann Savings Bank in Manchester and Gloucester before her illness forced her into retirement.
In addition to her wife Michelle with whom she shared 14 years of marriage, she is survived by her sister, Sandra Gattasso and her husband, Larry of Pittsfield; her niece, Tiffany Caperna and her husband, Chris of NC; her nephew, Brad Gattasso and his wife, Kerry of Pittsfield; two great nephews, Luca Caperna and Carter Gattasso, an uncle, Don Smith and his wife, Sharon of Virginia. She also leaves her extended family; three sisters-in-laws, Roberta Peterson, Penny Kennedy and Jackie LaFlam and her husband, Ollie all of Gloucester and several nieces, nephews, great-nieces and great nephews and many cousins. She was graced with many friends over the years from New Jersey, Pittsfield and made many after moving to Gloucester, including her Quilting buddy Edy Montgomery who graciously helped her when she no longer could quilt on her own. She also leaves her sweet and lovable cat, Isabella, who brought her so much joy. In addition to her parents, she was predeceased by her mother-in-law, Helena Ciarametaro, who she adored, and two brothers-in-law, Richard Peterson and Lee Kennedy.
Her funeral service will be held at the Campbell Funeral Home, 61 Middle Street, Gloucester on Wednesday, February 12, 2020 at 11 a.m. Relatives and friends are invited to attend. Interment will be held privately. In lieu of flowers, donations in Donna's name may be made to the Cape Ann Animal Aid, 4 Paws Lane, Gloucester, MA 01930. Information, directions, condolences at www.campbellfuneral.com.
Published on February 7, 2020
To send flowers to the family of Donna L. Smith, please visit Tribute Store.

Send flowers
in memory of Donna

A place to share condolences and memories.
The guestbook expires on May 06, 2020.

Peggy Nicolosi
I worked with Donna @ Cspe Ann Saving’s Bank. I always told her she was such a gift to me. She helped me at a sad time when I was losing my Dad.
She was such a good friend & had a sweet soul. She could make me belly laugh on a daily basis.
She will be sorely missed. May my Mom & Dad in Heaven embrace you and give you a big hug for me. They know you made a difference in my life. You earned your wings Donna. 😇😘
Charlene Kilmer
I just wanted to offer my condolences to Michelle and the rest of Donnas family. Donna was loved by all that new her. She will be missed.
Judi Balzarini Hunt
My deepest sympathies to you and your family.
View all