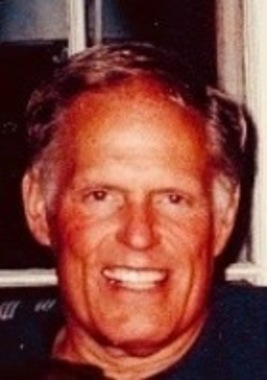 Back to Dr. John's story

Manchester-by-the-Sea - Dr. John Randolph Adams, retired neurologist, age 76, died at Brigham and Women's Hospital, Boston, October 3, 2019. Randy was the beloved husband of Mary (Neal) Adams. He was born in Richmond, Virginia, to the late Beverley T. and Helen W. Adams.
Dr. Adams graduated from the College of William and Mary in Williamsburg, Virginia. He was awarded his medical degree from the Medical College of Virginia. He received further training at Yale University School of Medicine and completed a Fellowship in cardiology at Saint Thomas Hospital in London. Upon returning to the U.S., Dr. Adams joined the Navy and served as a neurologist at the Naval Medical Center San Diego. After leaving the Navy at the rank of Commander, Dr. Adams returned to Boston to complete his residencies in Neurology and Neurosurgery at Brigham and Women's Hospital and Boston Children's Hospital. After completing his residencies Dr. Adams held a private practice on the North Shore as well as at Tufts University, and was an Assistant Professor of Neurology at Boston University School of Medicine.
In 1981 Randy met his wife Mary. They married soon after and have remained each other's steadfast partners.
In addition to his passion for medicine and science, Randy enjoyed reading and researching discoveries in both astronomy and archeology, always looking for connections between the two.
He is survived by his daughter Laura Sigrid Waxdal and her husband Peter Blair Waxdal of Gloucester; two grandchildren whom he, their "Grandy" adored, Erik Sigurd Waxdal and Kathryn Arianna, Waxdal. A brother Beverley Tucker Adams Jr. of Richmond, VA. He was predeceased by his son Robert W. Crook Jr.

A memorial service will be held at Emmanuel Church, 24 Masconomo St., Manchester-by-the-Sea, on Wednesday, October 16, 2019, at 12 p.m. Relatives and friends are invited to attend. Burial will be held privately. Arrangements by the Campbell Funeral Home, 525 Cabot Street, Beverly. Information, directions, condolences at www.campbellfuneral.com.
Published on October 9, 2019
To plant a tree in memory of Dr. John Randolph Adams, please visit Tribute Store.

Plant a tree in memory
of Dr. John

A place to share condolences and memories.
The guestbook expires on January 06, 2020.