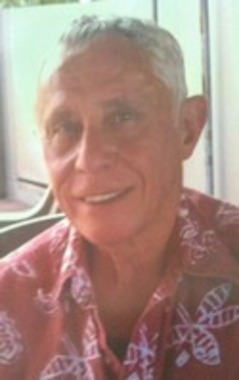 Back to Dr. Neil's story

Gloucester, MA - Dr. Neil Mann passed away peacefully with family at Beverly Hospital early Thursday evening at the age of 83. He was born in Boston to parents Leon and Francis Mann. Neil attended Boston Latin School, and graduated from Newton High School in 1954. He went on to graduate from Columbia College in 1958, where he played football and baseball, and then graduated University of Vermont Medical School in 1963.
After completing his residency at SUNY in upstate New York, he was a doctor and captain in the US Army from 1966 to 1968 in San Antonio, and Glen Burnie. In 1968 and 1969, he was the Chief Medical Resident at Addison Gilbert Hospital. Also in 1969, he became a founding partner of the Cape Ann Medical Center, where he worked until 2005.
Dr. Mann was a self-taught toxicology expert for all of Cape Ann. He was also instrumental in bringing the Veteran's Clinic to Gloucester. Neil served on several committees at Addison Gilbert, where he was also the Chief of Medicine. He was the Chairman of the Ethics Committee. Later in his career, he shifted his focus to geriatric care, working at the senior adult unit at AGH, the Center for Healthy Aging in Danvers, as well as with Seacoast Rehabilitation Center. Overall His career with the Lahey group spanned over 50 years.
Neil loved Gloucester, and was always an active member of the community. He was revered as a loving physician, always showing great concern and compassion for everyone he met. Neil had a wonderful sense of humor, helping to bring light to any situation. He was an avid golfer, and with his special friends Tony Bertolino, Bob Ryan and others, founded the "Buddy Cup" tournament. Neil was also a Massachusetts Free Mason and a member of the American Legion.
Dr. Mann is survived by his wife Debra Burke Mann, son and daughter-in-law Richard Mann and Melanie Harrison of Beverly, his daughter Debra Mann of Gloucester, his son Scott and daughter-in-law Sara Mann of Falmouth, Maine, daughter Leah Mann of Gloucester, and stepson Dustin Joseph of Port St. Lucie, Fla. He is also survived by his beloved grandchildren Harrison Mann, Krystle Arnold and spouse Robert Arnold, Alex Randazzo, Davis, Harper, and Elliott Mann, his great grandchildren Cameron and Charlee Arnold. In addition, he is survived by brother Benjamin Mann of Dade City, Fla., sister Brenda and brother-in-law Seymour Levy of Medfield, and brother Stephen Mann of Palm Harbor, Fla. along with aunts, uncles, nieces, nephews, and many cousins throughout the country.

Plant a tree in memory
of Dr. Neil

A place to share condolences and memories.
The guestbook expires on December 05, 2019.

Restore the guestbook to view the 33 more posts by family and friends, and share a memory or message of condolence of your own.