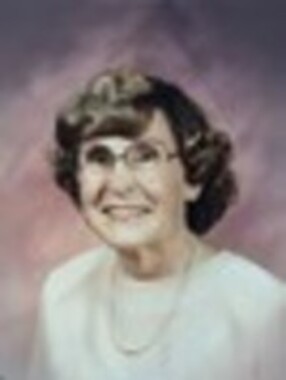 Back to Ethel's story

Ethel graduated from Woodbury High School in Woodbury, NJ, in 1950, and attended two years at Philadelphia Bible Institute. After serving several churches in PA, she and her husband, now the Rev. Harry S. Sink, moved to Oakland, NJ, to accept lead pastoral responsibilities for the Ramapo Valley Baptist Church in 1964. She was Secretary to the Reading and Math Directors of Oakland Public Schools from the mid-60's until her retirement in 1999. She never missed a performance, game, or event while raising three children, keeping house, working full time, volunteering and, at times, working a second job. She lived a joyful life, starting her days seeking the Lord's presence, giving Him glory for all the good in her life and finding His comfort and direction in difficult times. All were welcome in her home and could not help but feel loved by her.

Ethel was a regular attendee of Calvary Church in Boalsburg, PA, and was a long-time member of Ramapo Valley Bap-tist Church in Oakland, NJ, prior to her move to State College, PA, in 2008.

Arrangements are under the care of Koch Funeral Home, State College. Online condolences and signing of the guest book may be entered at www.kochfuneralhome.com
Published on January 13, 2020
To send flowers to the family of Ethel E. Sink, please visit Tribute Store.

Send flowers
in memory of Ethel

Lorie Yates Piel
Dear Harry, Wendy, Curtis and your families. I am so sorry for your loss and pray for God's deep comfort for you all. I remember Ethel as a sweet and very caring person, interested in others, cheerful, and full of faith. Both of your parents had a deep impact on my life. I became a Christ follower through Pastor Harry Sink's preaching and have been growing in faith ever since - so thankful for those early beginnings. My dad, Curtis Yates, died at age 90 in 2011. Mom is 89 years old residing in a nursing home in Georgia near Pam. Mom (Verna) sends you her condolences, as well.
with love, Lorie, Verna, Pam and Jennifer.
View all