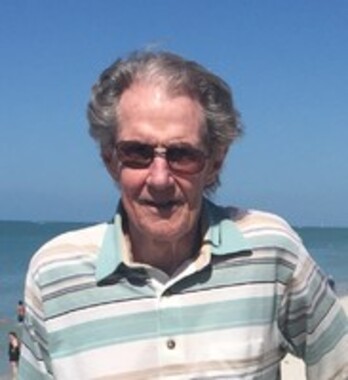 Back to Frederick's story

Estero - Dr. Frederick L. (Sandy) Gove passed away Monday at his home in Estero, Florida, at the age of 82. Sandy was born in Melrose to Herbert and Barbara (Heinlein) Gove.
A Rockport native, Sandy was a cat lover, a voracious reader, and an avid skier and bicyclist. He once rode his bicycle from Wisconsin to Rockport in 11 days. After retiring as a professor of Psychology he taught skiing to children for more than a decade in Stratton Mountain, Vt.
Sandy is survived by his wife Shirley (Bemister) Gove; their daughter Kimberly; their son Christopher and wife Deborah; their son Jonathan and wife Lisa; his brother Peter; nine grandchildren; and six great-grandchildren. Family arrangements will be private.
Published on November 20, 2019
To plant a tree in memory of Frederick (Sandy) Gove, please visit Tribute Store.

Plant a tree in memory
of Frederick

A place to share condolences and memories.
The guestbook expires on February 17, 2020.