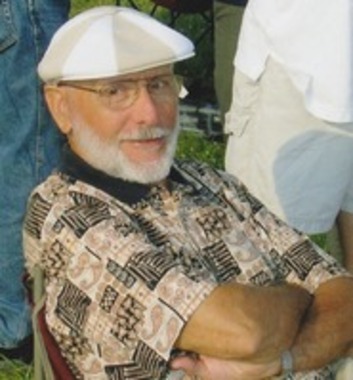 Back to George's story

Goucester - George W. Kennie, born the youngest of four in Concord, Mass. A graduate of Rockport High, RETS Electronics Voc. and RTS Electronics Institute. He retired from Varian Electronics. Enjoyed church, sailing, music, skiing, cycling, moto-cross, and precision aerobatics (radio control).
George is survived by his wife of 66 years, Elizabeth A. Kennie (Vegliano) of 16 Fort Square. He is predeceased by his daughter Danielle L. Prophet of Rockport; and survived by her two sons, Elias Bernard of Rockport, and Skyler Bernard and his wife Michelle of Salem. He is also survived by his son Steven Kennie and his wife Julie of West Dennis; a daughter Robbin Profit and her husband Alan Gauthier of Newbury; a granddaughter Omni Raimo, and her husband Michael, and their children Isabella, Olivia, Maxwell and Dexter of Newburyport. He is predeceased by his grandson Maxwell A. Profit of Newbury; a brother Lloyd E. Kennie of Sewell, N.J.; a sister Jean A. Klepper of Trumbull, Conn.; and a sister Loraine L. Kennie of Huntington Beach, Calif., and his parents Lloyd F. and Irene L. Kennie of Palm Beach County, Fla., and his mother Gladys Kent Kennie of Stamford, Conn.
George is looking forward to spending eternity with his savior!
A remembrance service will be held at the Orthodox Congregational Church in Lanesville, on December, 5, 2019, at 2 p.m.
Published on December 2, 2019
To plant a tree in memory of George W. Kennie, please visit Tribute Store.

Plant a tree in memory
of George

A place to share condolences and memories.
The guestbook expires on February 29, 2020.

John Cluett
A friend a gentleman a loss to us all.
Ken Bannon
A special friend and buddy of early years in Pigeon Cove. He was a man of many interest but most important, a man of faith. Kay and I send our love to Betty and her family--we love you.
Francine (his trading buddy in Arizona)
Dear Betty, I'm so very sorry to hear about Georgie. You know how special he was to me, I will miss our talks and emails so much. We had a special friendship and I know how much he loved you, his sweet Lizziebelle. Sending lots of love and prayers to you and your family, especially Eli and Skylar who he always talked about. 😘💜
107th RC Flyers Club

Michael Ventullo
Mr. Kennie,
You are a great man (for a little guy)and friend.
You are a wealth of knowledge and I enjoyed listening to you over the years.
Rest In Peace.
My Condolences to your Family ❤️
Robert Poussard club member
Will miss you greatly at the field.
Tom D'Entremont
Dear Elizabeth and Family. I'm very sorry to read about the passing of George.
I knew him well, as he was a members of the model airplane radio control club that I also belong to. He is now resting at a good place.
Michael Dailey
Dear Skyler and family Sorry to hear of your loss My thoughts and prayers are with you Skyler
Pattti Whitfield (Krans)
So sorry to hear about Mr. Kennie's passing, and please accept my deepest condolences. I'm sure Danielle greeted him with open arms and love.
Peace be with all of you,
Patti Krans ❤🙏
View all