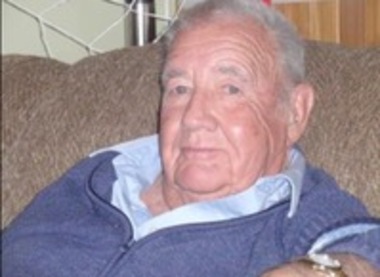 Back to Gilbert's story

Gloucester - Gilbert C. Gossom, 91, of Gloucester, passed away on March 20, 2020, at home with his loving family by his side. He was the husband of Nancy (Little) Gossom, who he shared 66 years of marriage with.

Gilbert was born January 10, 1929, in Gloucester. He was the son of the late George and Florence (Griffin) Gossom Sr. Gilbert grew up in Annisquam and attended Gloucester Public Schools.

Gilbert met his loving wife Nancy after he was involved in a car accident many years ago. Nancy was working as a nurse at Addison Gilbert Hospital and he was her patient. They married three short months later. From there, they had five children and many grandchildren. His family was the light of his life and he was proud of each and every one of them.

In his earlier years, Gilbert was employed as a self-employed landscaper. He enjoyed traveling and going on camping trips with his family. In his later years, he spent much of his time attending bingo games and scratching word search tickets. He was "Papa" to two generations and he was a loving husband, brother and son. He had the biggest heart and the most infectious smile. His presence alone could light up a room and he will be dearly missed by all.

In addition to his loving wife Nancy, Gilbert was survived by his son, Gilbert Gossom Jr. and his wife Debbie of Rochester, N.H.; and three daughters, Michele Gossom, Rebecca Fitzgerald and her husband Joseph, Jennifer Albert and her husband Jay; and daughter-in-law, Shelly Gossom, all of Gloucester. Gilbert was also survived by eight grandchildren, Alisha, Stacey, Joseph, Jillian, Kelly, Andrew, Jenilee and Kasey; nine great grandchildren, Cody, Michael, Lily, Brayden, Kayla, Easton, Cole, Cruz and Savannah; two brothers, Kenneth Gossom of Gloucester and Anthony Moses and his companion Adrienne of Bidderford, Maine; and many nieces, nephews, and cousins. Gilbert was predeceased by his son, Mark Gossom who he lost in April, 2018; and by his sister Barbara Murphy and husband Norm; his brother George Gossom Jr.; and his sister in law Cheryl Gossom.

The entire Gossom family would also like to express their sincerest gratitude to Jennie (whom he had a special bond with) for the extra special love and devotion she had given to her dad.

A private graveside service will be held at Wesleyan Cemetery, Gloucester. A celebration of life will be announced at a later date. In lieu of flowers, donations can be made in his son, Mark Gossom's memory to the Pappas Center for NeuroOncology (Glioblastoma Research), c/o Development Office, ATTN: Heidi Bergmeyer, 125 Nashua Street, Suite 540, Boston, MA 02114. Arrangements by the Campbell Funeral Home, 61 Middle Street, Gloucester. Information, directions, condolences at www.campbellfuneral.com.
Published on March 23, 2020
To plant a tree in memory of Gilbert C. Gossom, please visit Tribute Store.

Plant a tree in memory
of Gilbert

A place to share condolences and memories.
The guestbook expires on June 20, 2020.

Patty Silva
Jen, Nancy , and the rest of the family . I just found out about Gil ... I am so sorry for your loss at such a trying time , Gil was such a great and funny man .. he will be missed especially at bingo by those of us who cared very much for him and the rest of you that came with him . My sincere condolences to the family 😢
Deborah Ferreras
Jen I am so deeply saddened and so sorry for your loss!My thoughts and prayers are with you and your family in this very trying time!sending lots of love to you motherand all of your family!I will also miss dad very much❣️💔
Pam Doughty
I remember "Gilbert the Fishman". He delivered fish to our home and others in Annisquam during the late 50s early 60s. I think he also sold his fish from the little fish shack in Bay View. He was also an uncle to the Gossom girls on Arlington St., who I hung out with as a kid. I'm glad I got to see him a few years ago at the Building Center 4th of July BBQ. So sorry for your loss.
Lynn Blaisdell
Im so very deeply sorry for your loss. Please accept my condolences. May he be at peace and fly with the angels.
Dottie McKay
Nancy & Family - I have fond memories of our friendly get together's. My love to you all!
Wayne Tebou , Albuquerque, NM
Always had much respect for Mr. Gossom. My Mom worked with Nancy for yrs at AGH and his daughters babysat my sons when we lived in an apartment behind their home in the late 70's. My thoughts and prayers go out to Family. God Bless.

Beautiful in Blue was purchased for the family of Gilbert C. Gossom.  Send flowers

The Cooney Family
Gil was our dear neighbor for many years in Lanesville. What a dear man. In addition to the best smile, Gil was a natural horticulurist with a precocious ability to coax the best out of his fruit trees.

Our sincere condolences and special prayers for his lovely family.
The Cooney Family
Gil was our dear neighbor for many years in Lanesville. What a dear man. In addition to the best smile, Gil was a natural horticulurist with a precocious ability to coax the best out of his fruit trees.

Our sincere condolences and special prayers for his lovely family.
View all 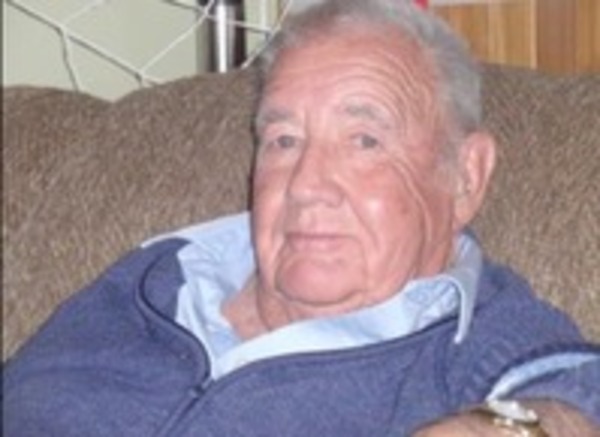