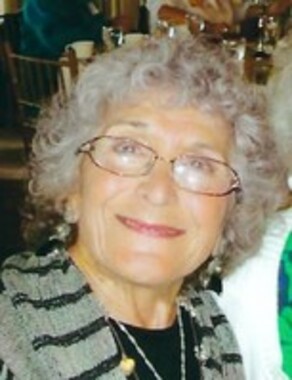 Back to Grace's story

Gloucester - Grace Frances (Misuraca) Favazza, 92, wife of the late Peter L. Favazza of Gloucester, died on Wednesday, March 25, 2020, with a light of loving peace around her, and her daughters by her side, in the early morning, when only the birds were awake to fly her spirit home. Gracie or Gray, as she was fondly known, was born in Gloucester, 2 Fort Square to be exact, in 1928 and was the daughter of the late Gaetano and Giovininna "Jenny" (LoPiccolo) Misuraca. She received her high school diploma at the age of 55, and her certified nursing assistance license when she was 68 years old, working private duty with the elderly, until she was 84 years old and had to have it explained that she was the elderly. Gracie had an unwavering amount of energy and was proudly in many organizations. They were the Mother of Grace Club, Gloucester Fishermen's Wives, Gloucester WWII Veterans, Madonna Del Rosario Society, Our Lady of Good Voyage Guild, St. Ann's Women's Guild, Seafood Retirees and St. Peter's Women's Auxiliary. She is survived by her four children, son, Peter Favazza III and his husband Brian Smith, both of Las Vegas, daughter, Sarina Favazza of Dover, NH and Gina Rowland and her husband David Rowland of Dover, NH. She has three step grandchildren, Brandon, Kyle and Shanna Rowland; her sisters, Mary Parisi, Cathy Wallius and a brother John Misuraca from Florida. In addition to her loving husband Peter, she was predeceased by her siblings, her brothers, Vito, Natale, Samuel, Thomas and Joseph Misuraca and sisters, Helen Misuraca and Vincie Vairella. She had many nieces and nephews and was the Godmother of over 19 Godchildren. The family is forever grateful to Care Dimensions Hospice and Connected Home Care, of all their services and assistance throughout the years of our mother's journey into aging and beyond. The family wishes to thank all our friends and relatives that enabled Gracie to stay in her home as she aged gracefully and timelessly.
Given the current climate, Grace's celebration of life will be held in the summer, which will be announced at a later date, with a graveside burial held in Calvary Cemetery, 151 Eastern Ave. Gloucester. In lieu of flowers, contributions may be made in her memory to: The Rose Baker Senior Center, 6 Manuel F. Lewis Road, Gloucester, MA 01930 or The Open Door Food Pantry, 28 Emerson Ave. Gloucester, MA 01930. Arrangements are by the Greely Funeral Home, 212 Washington St. Gloucester, MA 01930. Online condolences may be given at: www.greelyfuneralhome.com.
Published on March 26, 2020
To plant a tree in memory of Grace Frances Favazza, please visit Tribute Store.

Plant a tree in memory
of Grace

Keith Favazza
Hi Gina, Sarina, Peter and Tommy. I am so sorry to hear. I am so glad I got to know her a little bit. She was full of life! Our condolences from us. SUSAN SANTAPAOLA
I just found out , to me it is a shock . Grace was one person that seemed she would live forever. So very full of life was she. Her energy was infectious, her love and bright inviting smile was like a beacon to others, everyone loved Grace,and she loved everyone in return. Years and years ago I looked after her daughter Sarina (who I love deeply to this very day), Grace and Gina came with the package and were constants ,always involved in Sarina's care. Grace never forgot me over these many years and each time I saw her she would hug me close. She was a strong woman who brought up two strong daughters (I'm sorry I didn't get to know Peter, I'm sure he too inherited much of dear Grace's most ...wonderful traits). Grace lit up a room when she entered it and made herself known , she will now watch over all those she loved in life (especially her children) from heaven above . I bet her bubbly personality has all in heaven smiling big like I know she is, as she hugs all God's angels ! I will always love you Grace, thank you for touching my life, you have been such a gift in my life and in so many other's lives you have touched.Read more
Kathy keefe
Sending love and prayers
Sorry for your loss
MARIA GAY
WE ARE SO SORRY TO HEAR ABOUT YOUR MOM GINA SARINA PETER
Andy Matlow
I was most fortunate to have been a volunteer for Grace with Care Dimensions. She was most joyous, totally delightful, and it was a pleasure and honor to be in her company.
Kathy Jack Quinn
We were so sorry to hear about Grace
She was such a friendly loving woman
I’m sure she will be missed by many especially her children and loving sister Kathy
Her glowing personality was such a
gift ! God bless Grace and your family
Jack Kathy Quinn
Kathy (Nicastro) Pratl
RIP Grace. You were a ray of sunshine. Heartfelt condolences to your family.
FR James O'Driscoll
my prayers and I will remember her at Mass.
Bernadette Merenda
Oh Grace, I am so sorry to hear you left this world. I am sure you are somewhere better, smiling down on us all. My deepest condolences go out to the family; Gina, Sarina.
Karen Favazza Spencer
Gina and Sarina - I am so sorry for your loss!

Truly, the passing of your mother is a loss for not only your family and the extended family, but for the entire community. She was a wonderful and formidable woman. God love her for the courage, grace and determination she exhibited throughout her life.

"Perhaps they are not stars in the sky, but rather openings where our loved ones shine down to let us know they are happy."

Hugs & kisses,
Cousin Karen
Mary Ann Gonnella
Dear Gina and Sarina, I was so saddened to hear about the passing of your Mom. With all the pictures that you posted and all the stories about her, I felt as if I knew her. Both of you were such good daughters. My thoughts are with you.
View all 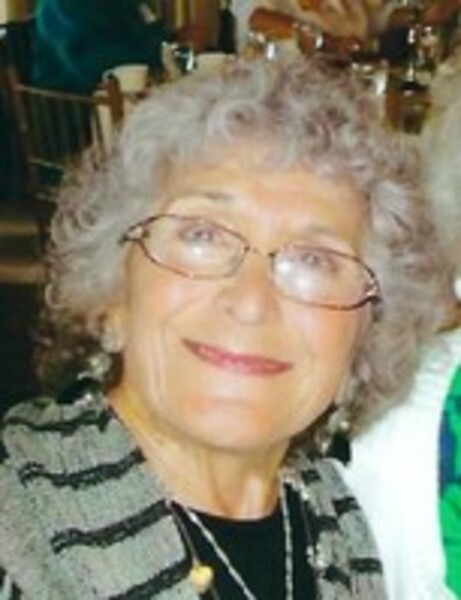