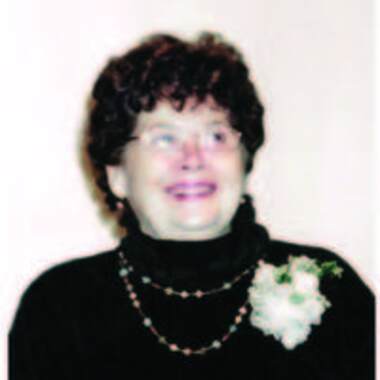 Back to Helen's story

Gloucester - Helen Theresa (Murray) Kimmence, 88, of Gloucester, passed on the evening of Saturday January 26, 2019, with her family by her side.

Born in Gloucester on October 17, 1930, Helen was raised by her loving parents, fishing boat Captain Thomas J. Murray and Christina (MacDonald) Murray, along with her three brothers and sister. She herself became a lifelong resident of Gloucester and enjoyed her life on the coast.

Helen was a warm and loving woman whose kindness and devotion to her family showed in her great joy and generosity with them throughout her long life. Helen really lived her life to the fullest through simple pleasures. Her time was gladly spent in the company of her many family members and helping with the children was something that was the focus of her adulthood. She especially loved to spoil her grandchildren Matthew and Meghan Greene, an affection that continued into her elder years with great grandson Braden Greene and grandson Kaedin Kimmence. There were also several granddogs that had the fortune of being spoiled by their Nana. Helen was truly her happiest giving all she could to her family.

Helen was a devoted mother of two children of her own, Jo-Ann (Kimmence) Greene and Donald Raymond Kimmence Jr. She began motherhood packing fish locally for work. Later on, she became the desk clerk of the Cape Ann Marina where she stayed for many years greeting residents and visitors. She is remembered there for her helpfulness and friendly smile.

An avid Bruins fan through the 1990s, she enjoyed regularly going with sister Peggy and friend Margie Bishop to home games. She attended sport events for the many children in the family bringing her sports fan feistiness along with her, arguing the calls of numerous referees.

Her life will be forever cherished in the lives of her children and grandchildren. Helen leaves behind daughter Jo-Ann (Kimmence) Greene of Portsmouth, New Hampshire; granddaughter Meghan Greene of Exeter, N.H.; grandson Matthew Greene, his wife Victoria (Barrett), and great-grandson Braden Greene of Brentwood, N.H.; son Donald Kimmence, his wife Dawn (DePorter), and grandson Kaedin Kimmence of Baton Rouge, La. She is also survived by her brother Daniel Murray and his wife Marie of Gloucester along with an extensive family of many loving nieces and nephews.

Helen is the sister of the late Philip Murray and his wife Laura, Thomas J. Murray, Christina “Peggy” Marshall and her husband Ralph Marshall. She was also predeceased by her son-in-law John Greene.

Friends and relatives are respectfully invited to visiting hours which will be in the Pike-Newhall Funeral Home at 61 Middle St., Gloucester, on Friday, March 1, 2019, from 5 to 7 p.m., with a prayer service at 6:30 p.m. For condolences and register book online, please visit www.pikenewhall.com. Donations in her memory may be made to the Cape Ann Animal Aid, 4 Paws Lane, Gloucester, MA 01930.
Published on February 4, 2019
To plant a tree in memory of Helen T. (Murray) Kimmence, please visit Tribute Store.

Plant a tree in memory
of Helen

A place to share condolences and memories.
The guestbook expires on May 04, 2019.

Restore the guestbook to view the 6 more posts by family and friends, and share a memory or message of condolence of your own.