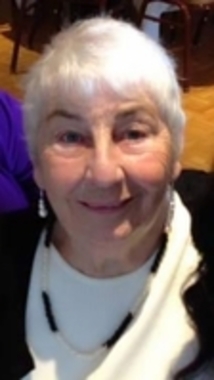 Back to Irene's story

Gloucester, MA - Irene E. McCollum Zager, peacefully passed away on November 19, 2019, at Seacoast Nursing Home.
Irene was born to Edward and Agnes Brown McCollum on March 9, 1927, in Brooklyn New York.
She moved back to Gloucester with her family in her early childhood where she grew up on Mt. Vernon Street. She graduated with the class of 1944 from Gloucester High School.
Irene was gifted with a beautiful voice and after graduation she attended Juilliard School of Music in New York City. While living in the city, she auditioned for and won a role in the musical, Kiss Me Kate, on Broadway. It was an exciting and wonderful time in her life but Gloucester called her home to marry the love of her life and raise a family.
Irene continued to share her voice and love of music throughout her life. She sang with and was the soloist for St. John's Church in Gloucester and she sang in many weddings, funerals, concerts and special events over the years. Her home was a place filled with music and love and everyone was welcome. She always had a song in her heart and a twinkle in her eye.
An avid letter writer, she had boxes of cards for every or for no occasion and her Irish heritage was evident as she always included an Irish Blessing with each one. She had a great sense of humor and brought a smile and joy to all who were blessed to have known her.
She is survived by her daughters, Karen Zager, Marla Polizzia and Janine Canillas, her grandchildren Robert Curcuru and his wife Josie, David Curcuru and his wife Lacey, Erin Polizzia, Stacey Polizzia, Jaclyn Canillas, Daniel Canillas, and her great grandchildren Olivia Curcuru, Gavin Curcuru, Fiona Curcuru, and Anthony Trupiano, her sister in law Joan Zager, and many nieces and nephews.
She was predeceased by her husband, Robert H. Zager, her parents, her siblings; Alice Hunt and Edward McCollum Jr. She was also predeceased by her beloved Granddaughter, Lisa Beth Curcuru.
The funeral will be held at St. Johns Church, 48 Middle St, Gloucester MA on Tuesday, November 26 at 10 a.m. with coffee and refreshments to be served in the parish hall after the service.
In lieu of flowers donations may be sent to the Lisa Beth Scholarship Fund at Cape Ann Savings Bank or to the American Diabetes Association Research Group in her memory.
Published on November 23, 2019
To plant a tree in memory of Irene McCollum Zager, please visit Tribute Store.

Plant a tree in memory
of Irene

A place to share condolences and memories.
The guestbook expires on February 20, 2020.

Shannon
Rest In Peace Irene I miss seeing your smiling face but I’m glad your at peace
Katherine Garvey Kaplan
Each summer when I arrived in Gloucester I headed to see cousins Irene and Bobby. Last summer I was fortunate to visit Irene twice. Irene will be profoundly missed. May her memory be a blessing and may her soul be bound in everlasting life. The Garvey family loved Irene.
Robert Garvey
So sad to see cousin Irene has left for an exalted position in the heavenly choir. But so happy that she and Bobby will be together once again!
Lisa Johnston, Northern Ireland
Cousin Irene was so proud of her Irish heritage. Her mother, Agnes Brown, and my great-grandmother, Ellen Brown, were sisters. While Agnes moved to America for a better life, Ellen remained in Belfast. We were all so happy when the Irish and the American sides of the family finally managed to meet up and we enjoyed a wonderful relationship with Irene for some 40 years. We have boxes of correspondence from her as she was such a prolific letter writer. We will treasure those letters always. Irene & Bob were so hospitable when we came to visit them in Gloucester. Ellen Brown was my Dad's grandmother and my Dad, the late Jack Johnston, had such a close bond with Irene - they were like two peas i...n a pod. You could really tell that they were from the same branch of the family even though they lived thousands of miles apart. Our whole family came a number of times over the years to Gloucester to connect with our American cousins. Irene & Bob always went to so much trouble to make sure that we enjoyed our visits. Although we can't be at her Memorial Service we will be thinking of her and her family on Tuesday and are so pleased that the Londonderry Air is being included in the service as that particular piece of music has been played at every single family funeral (on Irene's side) in Northern Ireland for as long as I can remember. We will miss your warm wit and your charm, cousin Irene, and we send all our love and our condolences to Karen, Marla, Janine and families. With much love and affection cousin Lisa (Jack's daughter) & her partner Frank Mayers plus cousin Olive (Jack's wife) xxx RIPRead more
Marie Santos
Karen and family, I am so sorry for your loss,
Chrissy Generazzo
I do not know the entire family, but Janine is a wonderful girl and you will be missed but you are in beautiful spot up in Heaven
Joan Zager
I will miss her so much, she had a terrific sense of humor and was always happy. I miss chatting with her (long distance) . If I had to choose a sister-in-law she would win hands down.
Trish Schade
One more recent photo of the two friends, Phyllis and Irene. 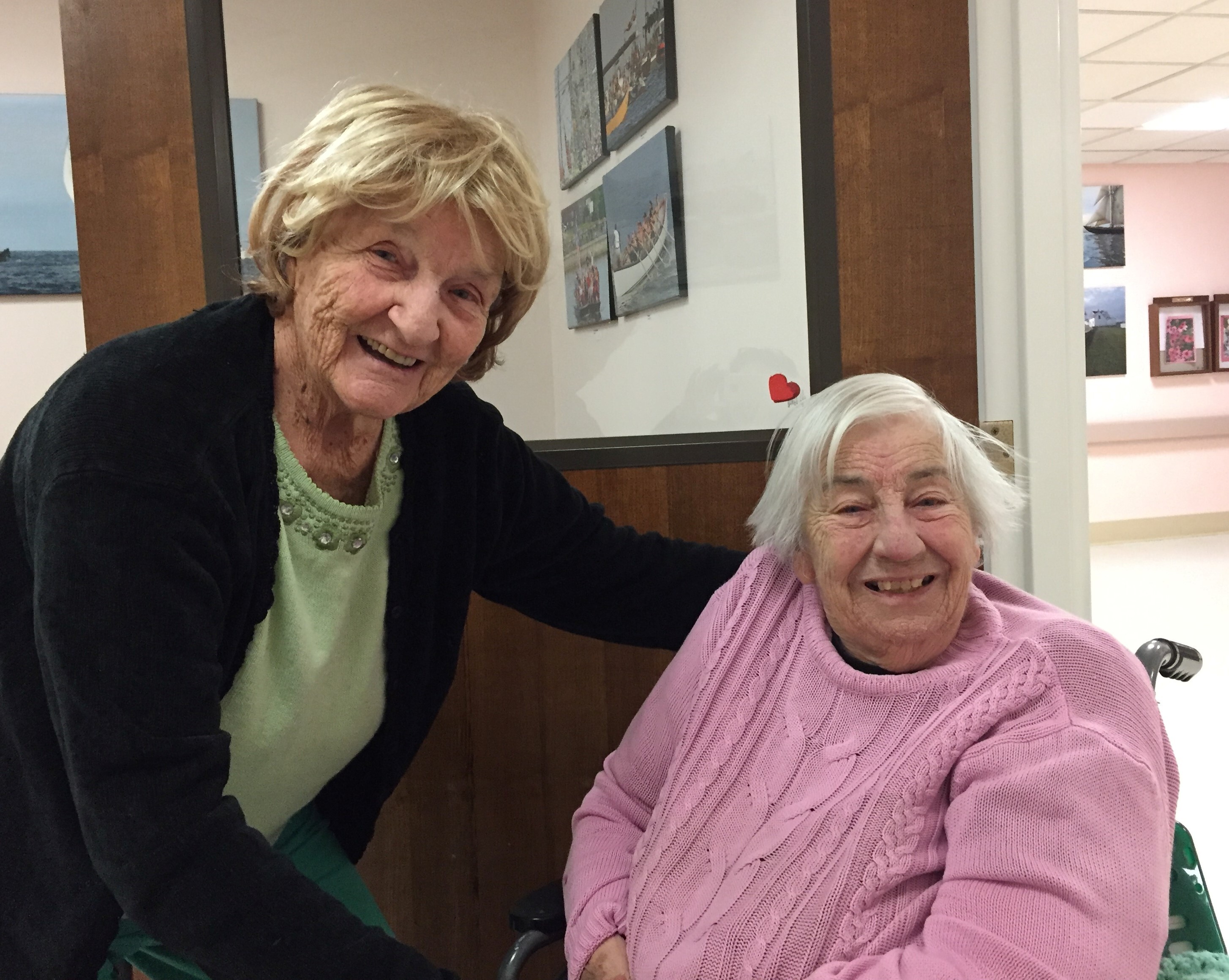 Jim and Marilyn Curcuru
So sorry for your loss. Marilyn will miss the birthday cards from h
Trish Malone Schade
Her light, laughter and love will be missed. God bless you all and hold on to those memories with Irene's wonderful laugh and warmth. She will always be part of you.
I'm including a picture of the whole club group, all friends for over 75 years, most graduating from GHS '44. Only a few are left now, but your mom will be joining some loving friends and family in heaven. 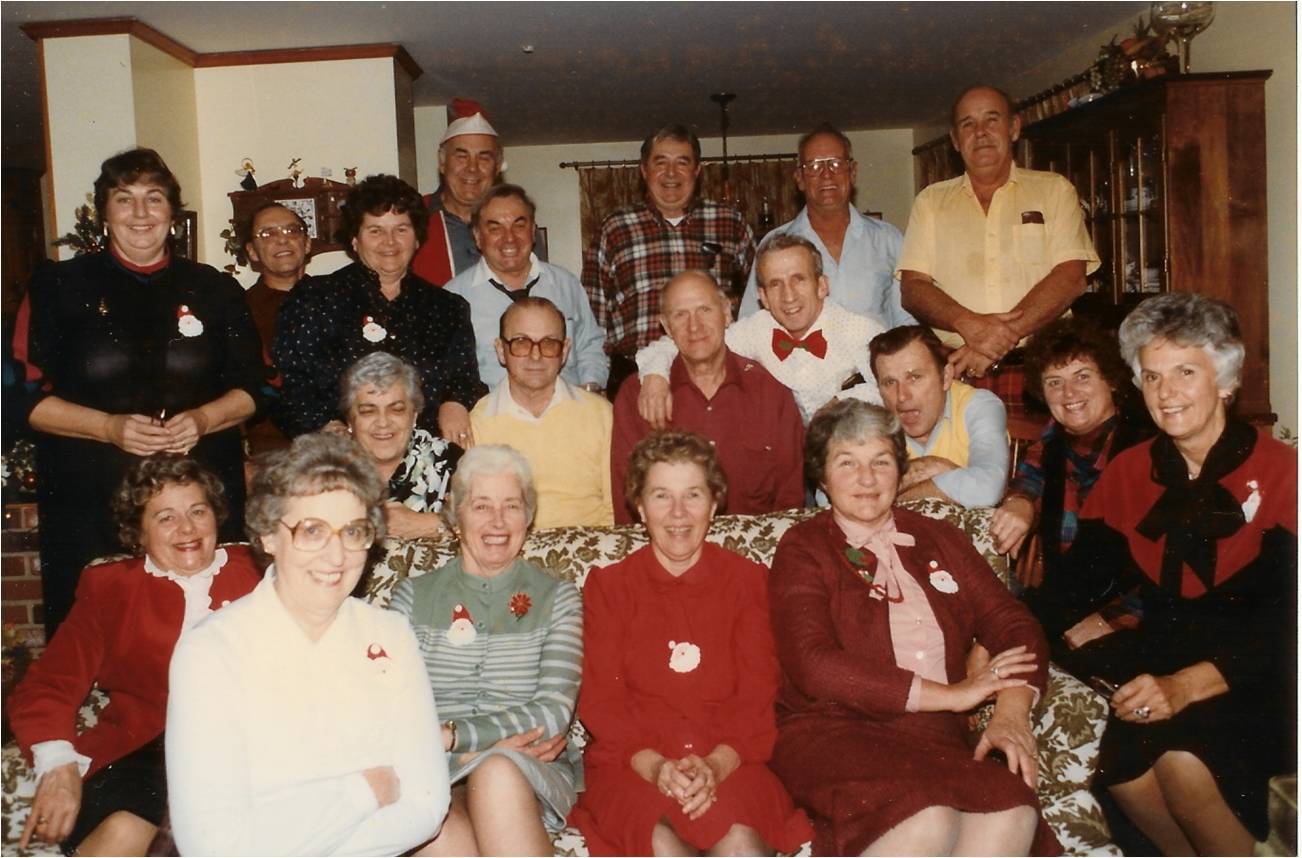