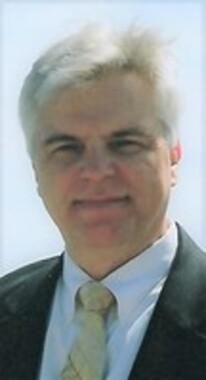 Magnolia, MA - James T. Lemaire, age 63, of Magnolia, passed away at the Kaplan House, Danvers, on January 30, 2020, after a brave, several year battle with cancer. Jim was born and raised in Burlington, Vt., and enjoyed a wonderful childhood. He graduated from Rice High School in Burlington in 1974 where he received high academic honors and was named MVP shortstop on his baseball team. He received a BS in Animal Science from the University of Vermont in 1978, and continued his education his education to receive a master's in Dairy Technology in 1980. After moving to Massachusetts in the early 1980s, he worked for H.P. Hood, Westlynn Creamery, and most recently, at Gorton's of Gloucester as a Process Manager, then Quality Manager of Seafood Center Systems. Jim made many friends and was well liked by his coworkers. Jim loved nature and the outdoors; he especially enjoyed hiking and camping with his friends in the mountains of Vermont and Maine. He also enjoyed white water rafting and a good game of golf. But above all, he treasured his close knit and loving family. Jim will be remembered as a gentle and kind man, and will be missed by all.
He is survived by his wife, Lee Lemaire (Preziosi) of Magnolia; his mother Rita Lemaire; his brother William Lemaire and his wife Donna; his sister Ann Provencher, all of Vermont; his mother-in-law Saralee Dunn; father-in-law Donald Dunn; and brother-in-law Adam Dunn, all of Magnolia. He is also survived by his four nephews, Joseph Lemaire and wife Tonya, Michael Mazza and wife Kylee and daughter Ava, Brian Lemaire and wife Jaclyn and their son Briggs, all of Vermont; Benjamin Lemaire of Seattle, Wash.; and his niece, Jennifer Stewart, husband Greg and daughter Madison of South Carolina. Jim was predeceased by his father Eugene Lemaire; and brother-in-law Dennis Provencher.

At Jim's request, there will be no services. There will be a private burial held in Vermont. In lieu of flowers, donations may be made in his memory to: Cape Ann Animal Aid, 4 Paws Lane, Gloucester, MA 01930. A special thanks to all the friends who helped Jim and Lee through a most difficult time.
Arrangements are by the Greely Funeral Home, 212 Washington St., Gloucester, MA. Online condolences may be given at www.greelyfuneralhome.com.
Published on February 5, 2020
To send flowers to the family of James T. Lemaire, please visit Tribute Store.

Send flowers
in memory of James

A place to share condolences and memories.
The guestbook expires on May 04, 2020.

Kevin Morrissey and Marty Amour
Jim was a dear high school classmate. Would see him at many reunions over the years. Jim was a good man with a great heart, we will miss you Jim.
Judy Plankey White
Rita, Bill, Ann and your extended families I am sending my condolences and prayers with regard to Jim's passing. It's been a long time, I used to babysit for you three and have nothing but fond memories.
Aggie Schumacher
Rita, Anne, Billy, and all of the family. My prayers and condolences go out to you.
May you have peace knowing Jimmy is no longer suffering. So many good memories to reflect on.
Love Always, Aggie.
Jennifer Greg & Madison Stewart
When I think of you I’ll always smile. The best Uncle with the kindest heart. We will forever cherish your memory and continue to tell stories to Madison about her sweet Uncle Jim. We are all better for having known you. Our guardian angel. We love you always.
Bill and Donna Lemaire
Our hearts are broken with the loss of Jim, he was more than a brother he was a best friend. He will be missed but will carry him in our hearts forever❤️ Our love is with you, rest easy.
Steve & Kathy Geary
With our deepest sympathy to your family. We had the pleasure of working with Jim at Gorton's. May he rest in peace.
Andrew LaMothe
Jim and I were high school buddies. His sense of humor was contagious. We had a lot of fun. He was a good boy and became a good man. I’ll miss him always.
Scott & Lorrie Rainville
Those we laughed with, learned from, leaned on, and loved most, leave us the best memories! Jim was that kind of man! Sending all our love to his family and friends during this difficult time! Love you all
Anne Provencher
Jim was such a kind and caring brother! My heart is hurting so much! You aren't suffering anymore Jim! Fly free my brother! Love you so much!
Dervilla Mekitarian
Jim was a super boss back in West Lynn Creamery in the early 1990’s. Very easy going and never stressed. So sad to see this news. My sincere condolences to Lee and to all his family and friends.
Maria Belcher
I’m so sorry to hear about Jim. May he RIP. He was a kind and caring man. My deepest sympathy to all the family. 💔
View all