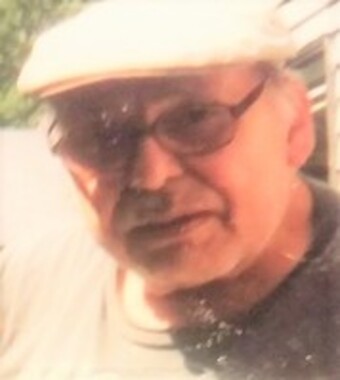 Rockport, MA - James F. Leonardi, 76, of Rockport, passed away on August 21, 2019, at the Beverly Hospital. He was born and raised in N.J. He also raised his own family in N.J. until 1986 when they all moved to Cape Ann. He had worked his whole life as a Tool and Die maker. Jim was a very talented singer and guitar player and was in several bands in his younger years. As he got older he went on his own and entertained as a solo act. He was very popular in the local venues. Jim was a very loving, generous, caring husband and father.
He is survived by his daughter Nancy Norton, her husband Terry, and 3 grandchildren, Christopher, Abigail, and Robin; 4 great-grandchildren, Michael, Liam, Joyce and Connor, all living in Maine. He is also survived by a son, James D. Leonardi, and his daughters, Ashley and Jamie of Mass. He passed away from Alzheimer's Dementia.
If anyone would like to make a donation to Alzheimer's Research in memory of Jim, it would be greatly appreciated, www.alz.org/manh
In keeping with his wishes, services will be held privately. Arrangements are by the Greely Funeral Home, 212 Washington St. Gloucester. Online condolences may be given at: www.greelyfuneralhome.com
Published on September 7, 2019
To plant a tree in memory of James F. Leonardi, please visit Tribute Store.

Plant a tree in memory
of James

A place to share condolences and memories.
The guestbook expires on December 05, 2019.