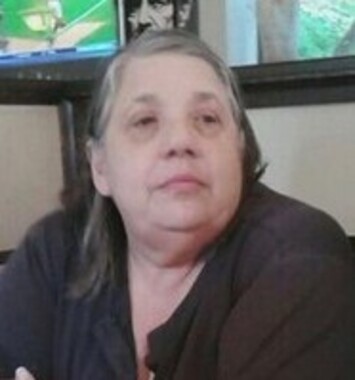 Back to Jane's story

Gloucester - Jane L. Mondello, 72, passed away unexpectedly Thursday, January 16, at her home. Born in Gloucester, daughter of the late Anthony and Evelyn (Lowe) Mondello. Jane was a graduate of Gloucester High School, class of 1965. After graduating, she went on and earned her beautician degree and owned and operated The Sculptured Nails in Peabody with her good friend Louise.
Jane enjoyed sitting at Good Harbor beach reading and people watching. She collected "Goofy" figurines and taking many trips to Disney World in Florida. Recently she had been volunteering at the Open Door. Jane could often be seen at Charlie's Place every Friday night for dinner.
Jane is survived by a son, Douglas MacLeod Jr. and his wife Taney of Gloucester; a daughter, Heather McLeod of Middleton and her four grandchildren, Stuart and Douglas MacLeod and Anthony and Erin Armitage. She was predeceased by a brother, Merrill Mondello and her loving dog, a Westie named "Mac."

In keeping with her wishes, her services will be private at the convenience of the family. Funeral arrangements by Greely Funeral Home, 212 Washington Street, Gloucester. For online condolences, please visit www.greelyfuneralhome.com.
Published on January 21, 2020
To plant a tree in memory of Jane L. Mondello, please visit Tribute Store.

Plant a tree in memory
of Jane

A place to share condolences and memories.
The guestbook expires on April 19, 2020.

Ron Piercey
So sorry Doug for the loss of your mom. You are in our thoughts and prayers.
Karen mitchell

We are so sorry to hear about your mother .
Jane was such a nice person
We know she was very good to her grandchildren too
(So proud)
May she Rest In Peace 😘

Jane was a new friend to me I am greatly sadden. She has such a loving huge heart and spirit. She and her zest for life will be greatly missed.

Eileen Mitchell
Dear Heather and Doug,
I am so very sorry for the loss of your mother Jane. I have known her for many years.
Love to you and your family
View all