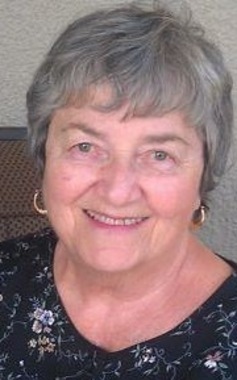 Back to Joan R.'s story

Joan R. (Perry) Sadoway, 79, passed away on June 17, 2017 after a brief illness. She was the wife of the late John Sadoway.
Born in Peabody on October 18, 1937, she was the daughter of the late Richard and Lucille (Rowe) Perry. She was raised and educated in Gloucester. Joan was a graduate of Saint Ann’s grammar and high school. She had been a Danvers resident for over 60 years, was a communicant of Saint Richard Parish and a member of the Saint Richard Sodality. Joan worked in the cafeteria of Bishop Fenwick High School for over 20 years. She worked the election polls for many years and was a board member for TOPS 146, Gloucester. She was active with the Project Troup Support and was very involved at the Danvers Senior Center. Joan had a zest for life and her kindness will be missed by many including her friends who were like family to her. She had a very caring heart and supported many charities over the years.
She is survived by her five children and their spouses, John (Jack) Sadoway and his wife Donna of AZ, Diane Dorr and her husband Doug of FL, Edward Sadoway and his wife Janet of Salem, David Sadoway and his wife Yvonne of Bradford, and Stephanie Wilson and her husband William of Peabody, her siblings, Geraldine Throckmorton and her husband Mike of OK, Ellen Perry and her husband Arthur, of Rockport, a dear brother-in-law, James (Joe) Sadoway of Danvers, a sister-in-law, Eleanor Sadoway of FL; eight grandchildren, Daniel and his partner, Desiree and Michael Sadoway of AZ, Christopher and Thomas Dorr of Florida, Scott and Nicole Sadoway of Salem, Noah Sadoway of Bradford, Zachary Wilson of Peabody and one great-grandchild, Oliver Sadoway of AZ, many beloved cousins, nieces and nephews and her close friend, who was like a sister, Doris Cote. She was predeceased by her sister, Lucille Kolodzik of Maine; her in-laws, Stanley, Jean and Maryanne Sadoway of Danvers.
Her Funeral Mass will be celebrated at 10 a.m. on Friday, June 23, in Saint Richard Parish, 90 Forest St., Danvers. Burial will follow in Annunciation Cemetery, Danvers. Visiting hours are Thursday from 4 to 7 p.m. at C.R. Lyons & Sons, Funeral Directors, 28 Elm St., Danvers. In lieu of flowers, donations in Joan’s name can be made to American Diabetes Assoc., P.O. Box 15829, Arlington, VA 22215 or American Heart Assoc., P.O. Box 417005, Boston, MA 02241. www.LyonsFuneral.com.
Published on June 20, 2017
To plant a tree in memory of Joan R. Sadoway, please visit Tribute Store.

Plant a tree in memory
of Joan R.

A place to share condolences and memories.
The guestbook expires on December 16, 2017.