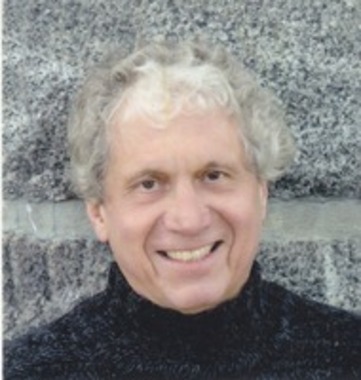 Gloucester - John Barry Claycomb died peacefully the morning of January 5, 2019. He was surrounded by his wife Hélène Dionne and his beloved daughter Alexandrine Dionne-Claycomb, along with her boyfriend Alex Grassetti.
Barry was born in Louisville, Kentucky, on July 16, 1938. He was the oldest son of Laura Lentz and Robert O. Claycomb, and became the brother of William C. a few years later. They are all deceased. Barry leaves behind his niece, Dacia Claycomb-Sampson; and his cousin, Barbara Philbrick; her son, Jami; his in-laws, Jean Dionne, Luce Gignac, Pierre Dionne, Judith Légaré, and Marie Dionne; along with several nieces and their partners, Isabelle and Marie-Michèle Gignac-Dionne, Anne-Sophie Dionne-Nadeau, Ménaique and Clothilde Légaré-Dionne, Véronique, and Gabrielle Boivin-Dionne. Also grieving his loss is the multitude of friends and colleagues he made over the course of a life well lived.
After growing up in Indiana and Ohio, Barry attended medical school at Indiana University, where he specialized in psychiatry. He did his Adult Psychiatry residency at Menninger Memorial Hospital, in Topeka, Kansas, before moving to the East Coast for a residency in Child Psychiatry at Beth Israel Hospital in Boston.
To his surprise, Barry established his roots in Massachusetts, at first practicing at Union Hospital, Lynn, and eventually developing a large and vibrant private practice in Magnolia. Barry’s love of adventure and the sea led him to sail across the Atlantic, and to explore the waters from Nova Scotia to South America with his family, aboard the Paradox and the Avalon. Until the end, he maintained his interest in nature, travels, books, and his unique sense of humor.
A Celebration of his Life will be held at the Elk’s at Bass Rocks, 101 Atlantic Road, Gloucester, on Friday, January 11, 2019, from 1 to 4 p.m. Visiting hours will be held at the Campbell Funeral Home, 525 Cabot Street, Beverly, Thursday from 4 to 7 p.m. In lieu of flowers, please make donations to Doctors Without Borders, Mass Audubon, or Planned Parenthood. Information, directions, condolences, at www.campbellfuneral.com.
Published on January 8, 2019
To plant a tree in memory of John Barry Claycomb, please visit Tribute Store.

A place to share condolences and memories.
The guestbook expires on April 07, 2019.