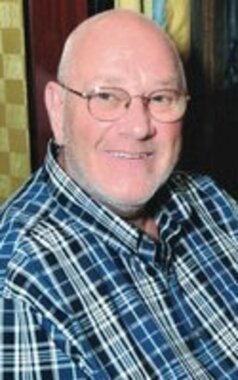 Gloucester - John M. Frost, 62, of Gloucester passed away on Thursday evening, February 14, 2019 in the Kaplan Family Hospice House with his loving family at his side following a lengthy illness. He is the husband of Cynthia J. (Lander) Frost with whom he shared 34 years of marriage.
John was born January 27, 1957 in Gloucester, he is the son of the late Addison and Anna (Maki) Frost. He was a lifelong resident of Gloucester as well as a graduate of Gloucester High School Class of 1976.
John worked for the Gloucester DPW for 30 years as a Maintenance Craftsman until his retirement.
John loved to spend time with his family and friends. He also enjoyed boating, camping, fishing, traveling, sports and riding his Harley.
In addition to his loving wife Cynthia, John is survived by his two children Nathan Frost and his wife Jenny of Danvers and Corey Frost and his girlfriend Amy Lashus of Gloucester. His sister Mary Winer of NH and Norma Ciaramitaro and her husband Paul of Gloucester. He is also survived by his cherished grandchildren Astrid Laidlaw and Alessa Frost. He is also survived by his mother and father-in-law Ann and Frank Lander of Gloucester, his best friend Bill Langley of Gloucester as well as his devoted dogs Lady, Lilo and stitch and many nieces and nephews.
In addition to his parents, John was predeceased by his brother Charles Frost, his sister Barbara Raymond and his brother-in-law Al Winer.

John’s visiting hours will be in the Pike-Newhall Funeral Home, 61 Middle St. Gloucester on Tuesday, February 19, 2019 from 4-7 PM. There will be a prayer service at 7:00 PM. Relatives and friends are respectfully invited. For online condolences and register book please visit www.pikenewhall.com
Published on February 18, 2019
To plant a tree in memory of John M. Frost, please visit Tribute Store.

A place to share condolences and memories.
The guestbook expires on May 18, 2019.