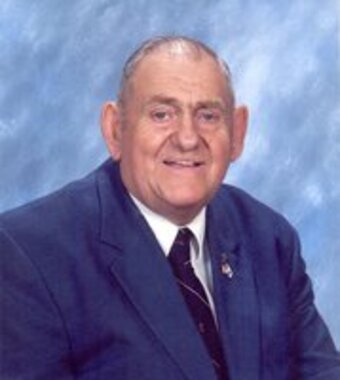 Back to John G.'s story

Marblehead - John G. Spanks, 81, of Marblehead, passed away on January 9, 2019. He was the husband of Patricia (Lecraw) Spanks and father of Kathy Spanks and the late Theresa (Spanks) Edmonds. Born in Gloucester, he was the son of the late Myron W. and Marguerite (Bowden) Spanks.
As a young boy living in Gloucester John helped raise funds for Our Lady of Good Voyage Youth Center. John gained much recognition as he raised most money for the project. He was a graduate of Gloucester High School, class of 1955. John then served in the United States Army during the cold war era, he was discharge in 1958.
John worked as an adjuster for Shawmut then Fleet Bank for 39 years. He was very active throughout his life. He marched in the Marblehead Memorial Day Parade for many years until he could not walk it and then rode in the trolley, in 2018 he was Grand Marshall. He loved children, that is why he became a school crossing guard for many years in Marblehead. His love of animals and the outdoors; you would find him feeding dogs and cats; cutting grass and working in his own and his neighbors’ yards as well. John was an avid sports fan of the Gloucester Fisherman and Marblehead Magician teams and all four major Boston teams: Red Sox, Bruins, Celtics, and Patriots.
John was very active with the Masons, he was a member of the Philanthropic Lodge in Marblehead, 32nd degree Mason-Scottish Rite, Life Member of the Consistory Grand Lodge in Boston, Lynn Lodge, and Essex Lodge. He was also a life member of the Gerry 5 where he was a hand tub foreman, and VFW Post 2005 Marblehead serving as Chaplin. He was a member of St. Stephen’s Methodist Church in Marblehead. He became a lay speaker and went around to many churches to preach and was Sexton at Grace Church in Lynn.

In addition to his wife Pat and daughter Kathy, John is survived by his two sisters, Mary Parsons of Gloucester, and Caroline McDonald and her husband Robert of Delaware. He is also survived by two loving Grandchildren Emily Edmonds of New Hampshire and James Edmonds of Vermont. As well as two fun loving great grandsons Lennox and Liam Couitt of New Hampshire. John is survived by many nieces, nephews and cousins throughout the United States as well as a very dear friend, Richard Penn.
John was predeceased by his brother Robert and sister-in-law, Anna Spanks and brother-in-law Gardner Parsons, Jr. of Gloucester and by his father and mother-in-law John and Violet (Luscumb) Lecraw of Marblehead.
A graveside service with honors will be held in the veteran’s section of Waterside Cemetery, 294 West Shore Drive, Marblehead on Wednesday, January 23 at 11 a.m. Visiting hours will be held at Eustis and Cornell of Marblehead, 142 Elm Street on Tuesday, January 22 from 4-8PM. A Masonic Service will begin at 7 p.m. In lieu of flowers, donations may be made to the Northeast Animal Shelter, 347 Highland Avenue, Salem, MA 01970. To share a memory of John or to offer a condolence to his family please visit www.eustisandcornellfuneralhome.com.
Published on January 17, 2019
To plant a tree in memory of John G. Spanks, please visit Tribute Store.

Plant a tree in memory
of John G.

A place to share condolences and memories.
The guestbook expires on April 16, 2019.