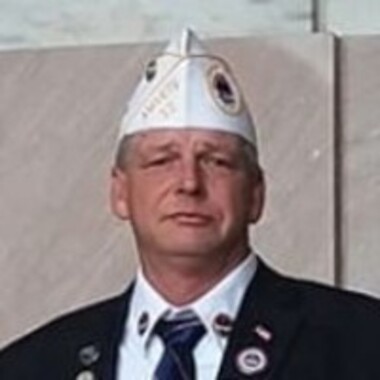 Gloucester, MA - John A. Pasierbiak Jr., 52 of Gloucester, has been called by the Lord to help with his honor guard on January 7, 2020.
He was born in Corning, NY on April 25, 1967 and educated in the Horseheads, NY school system. He joined the US Army/ARNG and trained in construction until he was honorably discharged on March 24, 1994.
John worked in building construction and also worked for five years in the fishing wholesale industry. John was a member of the American Legion in Gloucester and was the commander of AmVets Post #32 where he also held many positions including state rep and was a national committeeman. John was the main cook for all Legion meals during the holidays.
Survivors include his parents, John and Judith Pasierbiak of North Adams; his daughter-,Gabrielle Hardiman and her husband, Corey and two grandchildren, Lucas and Mattox of Lynchburg, Va. He also leaves his sister, Tina Lamond and her husband, John and two nephews- Johnny and Sammy and niece, Natalie; and his close friends- Judy Favazza and Sandy Kee.

Calling hours for John Pasierbiak Jr. will be Tuesday, January 14, 2020 from 4 to 8 p.m. at Greely Funeral Home, 212 Washington St. Gloucester. The funeral and burial will be in North Adams. Memorial donations may be made to the AmVets. To add to the Book of Memories, please visit www.flynndagnolifuneralhomes.com.
Published on January 11, 2020
To send flowers to the family of John Andrew Pasierbiak Jr., please visit Tribute Store.

A place to share condolences and memories.
The guestbook expires on April 09, 2020.

Beautiful in Blue was purchased for the family of John Andrew Pasierbiak Jr. by Tribute Store.  Send flowers

John , you are one of the most CARING, fun Honest friend , every year cooking for hundreds every xmas Thanksgiving ect , anyone who needed an lol didnt that wanted meals delivered to them you worked so hard an made it happen , lol. Thanksgiving you never wanted to look or smell Turkey lol . You always gave so much time for others an never minded I cant Thank You enough. The fun times we all had will stay memories I cheerish forever. the weekends sandy you mark an I cooked for anyone who wants to come to post 32 , just another of so so many things you did an it showed how after working all week you always found time for others , you are so selfless a friend who will be there ev...en if it took trains ,buses , goo ba lol rides was there. Heaven has a truly giving amazing special ANGEL XOXO.
That will NEVER BE FORGOTTEN 😘
We always looked out back post 32 at how many stars on a clear night an say there our Angel's watching you my friend I'll be looking for even if I have to wear my glasses lol Shining bright
Thank you for being our True friend , how lucky so many are to really know you an how GREATFUL so many are for so so many years you made there holidays with amazing generous big heart to be certain hundreds received a warm amazing meal
LOVE Mark & Linda & Markie Sholds 💜Read more

Maureen Petro
Dear Jack and Judy
Please accept my sincere sympathy in the loss of your son. My thoughts and prayers are with you during this difficult time.
View all