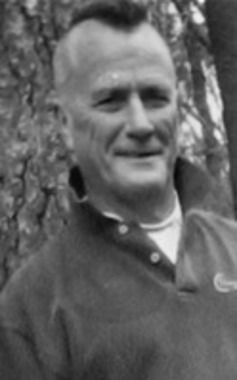 Gloucester, MA - John J. "Jay" Thompson Jr., 65, of Gloucester passed away on Friday, August 2, 2019, after a long battle with COPD. He was born on May 5, 1954, son of the late John J. "Jack" and Alice M. (Brown) Thompson. Jay attended Gloucester Public Schools. He worked his whole life as a self-employed Longshoreman at various cold storages. He had a love for staying fit and always keeping up a clean appearance. Jay loved watching football, especially the New England Patriots. In his spare time, he enjoyed placing a few bets at Foxwoods as well as entering many high-end Poker tournaments. He also loved traveling to the horse and dog races. Jay was tough as nails and had a hard head but always had a soft spot for his daughters. Spending time with his kids and grandson was very special to him. Anyone who knew Jay would know that his children and wife meant the absolute world to him. He lived to make them happy. Jay is survived by his loving wife of 21 years, Becky Thompson; 2 daughters, Jacklyn Thompson and Samantha Thompson; his step son Zachery Skrobacz - Nelson; his grandson, Damian Kane; sisters, Mary Ellen Michitson, Kandy Thompson and Sandra Ciaramitaro; brothers, Walter Thompson and Kevin Thompson; sisters-in-law, Dawn Bradstreet and Jayne Morong; as well as many nieces and nephews. He was predeceased by his brothers; Jordan Thompson and Manny Sylvia also sister-in-law, Vera Blake. He will be deeply missed by all family and friends.
There will be no formal services.
A celebration of life will be held on Sunday August 11, 2019, at the Gloucester Fraternity Club from 11 a.m. to 3 p.m. (27 Webster Street Gloucester, MA 01930) all family and friends are invited to attend.
Published on August 7, 2019
To plant a tree in memory of John J. "Jay" Thompson Jr., please visit Tribute Store.

A place to share condolences and memories.
The guestbook expires on November 04, 2019.

Restore the guestbook to view the 15 more posts by family and friends, and share a memory or message of condolence of your own.