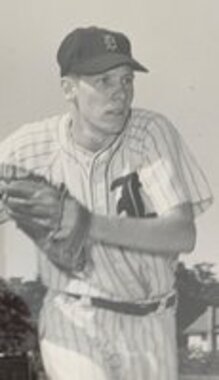 Gloucester - John S. (Jack) Webber, age 90, passed away on February 11 after a long illness, with his family at his side.
Born in Gloucester on August 30, 1929, Jack Webber was a lifelong Gloucester resident devoted to his family and his native community. He was the son of the late William S. Webber Jr. and Ellen (Harty) Webber. A gifted and stellar athlete, he was elected to the sports hall of fame for both baseball and basketball at every school he attended, including Gloucester High School (Class of 1947), Hebron (Maine) Academy (class of 1948) and Bucknell University (class of 1952).
He married the love of his life Doris (Anderson) Webber in 1953 and together the enjoyed nearly 48 years of marriage, especially blessed by the lives of their daughter Jill and granddaughter Lauren.
While serving in the Army from 1952-1954 and stationed at Fort Sam Houston in San Antonio, Texas, Jack was a star shortstop for the Brooke Army Medical Center baseball teams that won Army World Series championships. His teammates included future Major Leaguers Don Newcombe and Bob Turley. After graduating from Bucknell he was drafted by the Chicago White Sox and was the top fielding shortstop while playing for the team's minor league affiliate in the Wisconsin State League.
Following his professional athletic career and military service, Jack had a long and successful career as an insurance broker, working for firms in Gloucester and Boston, including Carroll K. Steele Insurance and BanSer Corporation. Later in life, he was able to return to a professional baseball career, working as a New England Scout for the Cincinnati Reds, Seattle Mariners and Los Angeles Dodgers. Throughout his life he loved supporting and mentoring local athletes, and recruiting top local talent for his alma mater, Bucknell. He also served as a trustee for Addison Gilbert Hospital, chairman of the Cancer Fund, and Corporator for Cape Ann Savings Bank.
As gifted as he was on the ballfields and basketball courts of his youth, Jack may be best remembered locally for his prowess on Gloucester's playgrounds, where he played competitively well into his 50s. He remained sharp and lucid until his final days, taking a genuine and caring interest in the lives of everyone in his wide circle of friends and family members, including every caregiver.
Jack Webber is survived by his daughter and primary caregiver Jill Webber, and her husband, Stan Oshiro; granddaughter Lauren Ellis Christo and her husband, Josh Christo; his three step grandchildren, Kimo Oshiro and his wife, Brinna, Lucas Oshiro and Anna Gonzales and her husband Daniel; his step great-grandchild, Xavier Oshiro; his nephews William, Peter, Mark and Chris Webber, and Mark and Craig Anderson, and nieces Laurie Webber and Karen Anderson Webber; cousins Nan Webber and Joan Williams; and many grand-nieces and nephews. He was predeceased by his wife Doris and his brother William S. Webber III.
His Graveside Service will be held at Beechbrook Cemetery, 401 Essex Avenue, Gloucester on Saturday, February 15, 2020 at 3 p.m. Relatives and friends are invited to attend. A Celebration of his Life will be held at the Gloucester House Restaurant, 63 Roger Street, Gloucester on Saturday, February 15, 2020 beginning at 4:30 p.m. following the service. In lieu of flowers, donations may be made in Jack Webber's memory to The Gloucester Fisherman Athletic Association, c/o Cape Ann Savings Bank, 109 Main Street, Gloucester, MA 01930 or to the Friends of Seacoast, 292 Washington Street, Gloucester, MA 01930. Information, directions, condolences at www.campbellfuneral.com.
Published on February 13, 2020
To send flowers to the family of John S. "Jack" Webber, please visit Tribute Store. 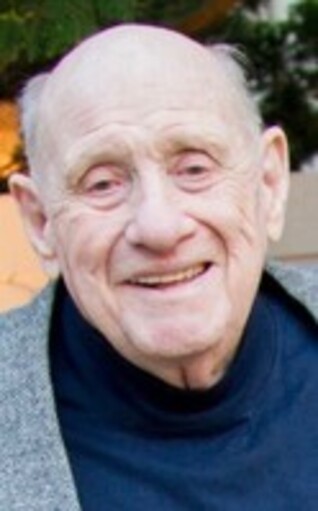 A place to share condolences and memories.
The guestbook expires on May 12, 2020.

Joe & Regina Ellis
Remembering all the times we spent going to the G.H.S. band events.
Rita Nobile
So sorry for your loss Jill. You were a wonderful daughter. Prayers for you and your family.
NJ Webber Kids

Loving Lilies and Roses Bouquet was purchased for the family of John S. "Jack" Webber by Tribute Store.  Send flowers

Lynne Berkeley
Jill, what a lovely tribute. He certainly had a wonderful life. I'm sure that having you care for him in his later life meant the world to him.
Jerry Greely
Jack was "Mr. Baseball" on Cape Ann. He encouraged so many players to continue their love of the game long after their high school or college playing days by organizing the Gloucester Merchants ball club. This team brought older and younger players together to compete throughout the region. His energy was legendary.
Shortstop was "his" position. There were very few balls able to get through the left side of the diamond when Jack was on the field. He was exceedingly quick to the ball and had a strong, accurate arm.
Thanks for the memories Jack. Jerry Greely (Lake Worth, FL)
View all