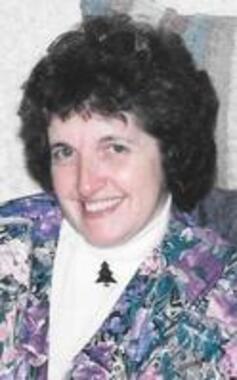 Back to Kathleen's story

Beverly - Kathleen M. (Heger) Johnson, 78, died Wednesday, April 10, 2019 at the Kaplan Family Hospice House following a brief illness with her loving husband by her side.
Born in Boston on February 9, 1941, she was the daughter of the late Richard and Nora (Shiel) Heger. She was raised and educated mostly in Beverly and was a 1959 graduate of Beverly High School.
She had been employed as an office manager at several local businesses, including Wilfred Pelletier Insurance and most recently Jones Machine in Danvers.
A communicant of Saint Richard Church in Danvers, Kathleen donated to several charities and made Christmas gift boxes for needy children.She enjoyed sewing and candy making, especially around the holidays, assembling beautiful creations that would always include the recipient's favorite treat.
A truly generous and thoughtful woman who reached out to others, doing things to make their lives more manageable and pleasant.
She leaves her husband of thirty years, John P. Johnson of Beverly, two brothers, Richard Heger Jr. and his wife Nancie of Beverly and John Heger and his wife Carol of West Bend, WI, her mother-in-law, Dorothy Johnson of Rockport, two sisters-in-law, Mary Ann and Theresa Johnson, both of Rockport, a brother-in-law, William Johnson of Gloucester, her nieces and nephews Nicholas, Janessa, Joseph, John, Dawn, Jayme, Patti Ann, Bill, Matthew, and Meredith, and their families.
Her Funeral Mass will be celebrated on Tuesday, April 16, 2019 at 9 a.m. in Saint Richard Church, 90 Forest St., Danvers. Burial will follow in Annunciation Cemetery, Danvers. Relatives and friends are invited. Visiting hours are Monday from 4 to 7 p.m. in C.R. Lyons & Sons Funeral Directors, 28 Elm St., Danvers Square. In lieu of flowers, donations in Kathleen's memory may be made to Saint Richard Parish, 90 Forest St., Danvers, MA 01923. For directions or to leave a condolence, please visit www.LyonsFuneral.com.
Published on April 12, 2019
To plant a tree in memory of Kathleen M. Johnson, please visit Tribute Store.

Plant a tree in memory
of Kathleen

A place to share condolences and memories.
The guestbook expires on July 10, 2019.