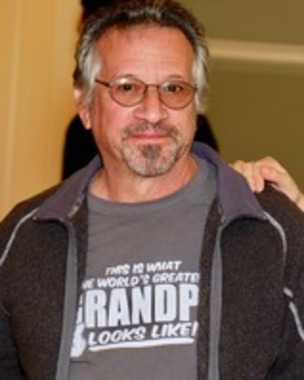 Rockport - Kenneth L. Demaine, 65, of Rockport, husband of Barbara A. Demaine passed away on Tuesday, January 1, 2019. It was sudden and unexpected, but he went peacefully.
He was born in Brookline, Mass. on June 16, 1953, son of the late Robert and Esther (Freedman) Demaine.
At age 16, he met the love of his life and soulmate, Barbie, and they have been lovingly devoted ever since. Ken was a graduate of Medford High School, Class of 1971, and Berklee College of Music, Class of 1974.
In 1980, he and Barbie purchased the Bearskin Neck Country Store in Rockport. They worked side by side, bringing joy and friendship to countless people throughout the years. He and Barbie loved traveling and took many cruises exploring the world together.
Ken was a musician in his heart and soul. He was a talented bassist who played around the North Shore and Greater Boston area for decades.
Ken loved his family more than anything else. He was a loving and devoted father to his three daughters. He was always very proud of his kids and they adored him. He shared with them his music, his wisdom, his humor and his beautiful heart. He was overjoyed to be a grandfather and loved spending time with his grandchildren. They lovingly referred to him as “Guppa.”
He will be immensely and eternally missed by all who knew and loved him.
Ken is survived by his wife of 44 years, Barbara A. Demaine of Rockport, MA; three daughters, Krystal Demaine of Beverly, Bridget Demaine-Ekstrom and her husband Edward, Kourtney Buchanan and her husband, Scott, all of Rockport; two grandchildren, Daisy Buchanan and Ezra Demaine; his sister, Diane Demaine of Rockport; brother, Martin Demaine of Cambridge; and several nieces and nephews.
His service will be held in the Temple Ahavat Achim, 86 Middle Street, Gloucester on Sunday, January 6, 2019 at 3:30 p.m. Relatives and friends are cordially invited to attend.There will be no visiting hours and the burial will be held privately.
Arrangements by the Greely Funeral Home, 212 Washington Street, Gloucester. For online condolences, please visit www.greelyfuneralhome.com.
Published on January 5, 2019
To plant a tree in memory of Kenneth L. Demaine, please visit Tribute Store.

A place to share condolences and memories.
The guestbook expires on April 04, 2019.

Restore the guestbook to view the 29 more posts by family and friends, and share a memory or message of condolence of your own.