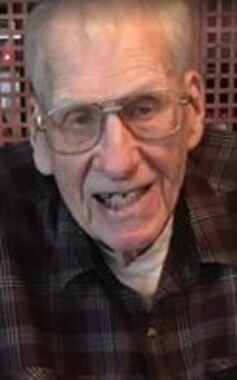 Gloucester - Kenneth M. Ekborg, age 94, of Gloucester, passed away Monday evening, September 16, 2019 at the Seacoast Nursing & Rehabilitation Center in Gloucester. He was the husband of the late Nellie (Salo) Ekborg.
Born in Gloucester, son of the late Frank and Olga (Hagstrom) Ekborg. He was raised in Gloucester and was a lifelong resident.
An honorably discharged veteran, he served his country as a member of the U.S. Navy - Seabees during World War II.
Mr. Ekborg had been employed as a forger's helper in the foundry industry for many years.
Surviving him is one son, David Ekborg of Lawrence; nieces and nephews, Helen (Ekborg) Kielbase of Peabody, Carl Ekborg of Gloucester, Dennis Ekborg of Vermont and Brian Ekborg of Maine and Sandy (Ekborg) Lakeman of Gloucester. He was the last surviving sibling of his family and was predeceased by three sisters, Marion Burgess, Ruth Decoste and Alice Bently; four brothers, Harold Ekborg, Carleton Ekborg, Edward Ekborg and Paul Ekborg and one niece, Cheryl (Ekborg) Bragg.
The family would like to extend a special thanks to all his caregivers.
His Graveside Service will be held privately. In lieu of flowers, donations in Kenneth's name may be made to the Cape Ann Animal Aid, 4 Paw Lane, Gloucester, MA 01930. Arrangements by the Campbell Funeral Home, 61 Middle Street, Gloucester. Information, directions, condolences at www.campbellfuneral.com.
Published on September 20, 2019
To plant a tree in memory of Kenneth M. Ekborg, please visit Tribute Store.

A place to share condolences and memories.
The guestbook expires on December 18, 2019.