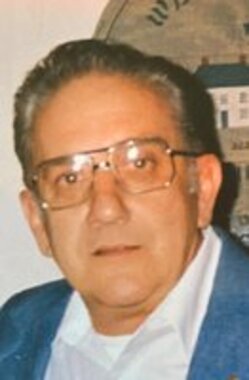 Gloucester - Kenneth E. Perry, 87, of Gloucester, passed away Monday morning, February 17, 2020, at Addison Gilbert Hospital in Gloucester. He was the beloved husband of the late Mary Ann (Roberts) Perry. Born in Gloucester on July 31, 1932, he was the son of the late Raymond and Madeline (Osier) Perry. Kenneth was a graduate of Gloucester High School with the class of 1952 and enjoyed being a member of the school's ROTC and the Automotive Shop programs.
Mr. Perry was a United States Army Veteran from 1954 until 1956. He was stationed in Tokyo, Japan, as a member of the 540th Transportation Truck Company Quartermasters Corps. He married Mary Ann Roberts of Peabody on June 7, 1959, and enjoyed 45 years of marriage.
As a young man, he first worked for the Gloucester News Company on Taylor Street and he retired as a heavy equipment operator from the City of Gloucester's Department of Public Works.
Kenneth was a life member of the Loyal Order of Moose Cape Ann Lodge #1471 and was a past governor and bartender for the lodge. Mr. Perry truly enjoyed spending time with his fellow lodge members. He was also a member of the Order of Red Men, American Legion and Elks Lodge. In his spare time, he enjoyed carpentry and furniture refinishing. Kenneth also enjoyed trips to Florida to visit his long friends Jack and Millie Faherty and many tropical cruises. Kenneth truly was a dog lover and could be often seen walking his beloved dogs around town.
Surviving him are two sons, David B. Perry and his wife Cheryl of Gloucester and their son Shane Rouselle of Pembroke, N.H., Daniel A. Perry and his wife Cyndi and their son Devin Perry, all of Gloucester; one daughter, Diane Hartwell and her fiancé Chris Cook and her children, Bryan Shewbridge all of Gloucester and Meghan Shewbridge of Lynn; and their father Charles Shewbridge and his wife Julie of Gloucester; one sister, Charlotte Dodge of Ipswich; one aunt, Doris Laubenstein of Gloucester; two sisters-in-law, Joyce Trupiano and her husband Tony of Gloucester and Judith Inniss of Danvers; one brother-in-law, Arthur Roberts and his wife Carol of Danvers; and two nephews, Raymond Perry and his wife Lori of Derry, N.H., and Glenn Perry and his wife Pam of Texas. He was also predeceased by his wife Mary Ann; his brother, Ralph Perry; his brother-in-law, Harold Roberts; and close friend, Maurice Ranta.

His funeral service will be held at the Campbell Funeral Home, 61 Middle Street, Gloucester, on Saturday, February 22, 2020, at 11 a.m. Relatives and friends are invited to attend. Burial in Calvary Cemetery, Gloucester. A visiting hour will be held prior to the service on Saturday from 10 to 11 a.m. In lieu of flowers, donations in Kenneth's name may be made to Care Dimensions, 75 Sylvan Street, Suite B-102, Danvers, MA 01923, or to the Cape Ann Animal Aid, 4 Paws Lane, Gloucester, MA 01930. Information, directions, condolences, at www.campbellfuneral.com.
Published on February 19, 2020
To plant a tree in memory of Kenneth E. Perry, please visit Tribute Store.

A place to share condolences and memories.
The guestbook expires on May 18, 2020. 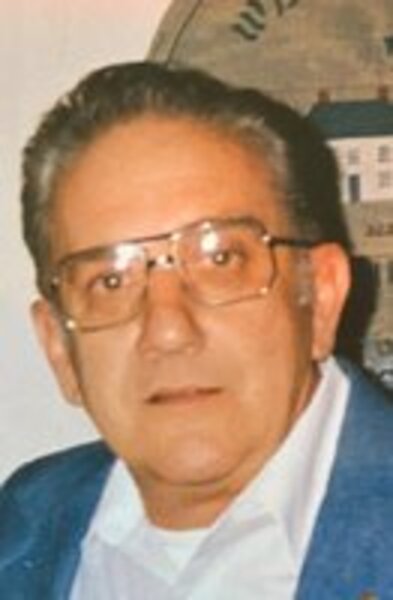