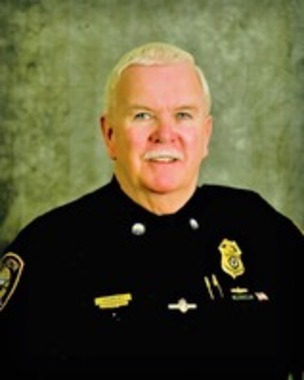 Back to Leonard's story

Manchester by the Sea - Leonard Neil Andrews, 69, passed away on January 3rd at the Kaplan Family Hospice House in Danvers following a long illness.
Neil was born on September 24th, 1949, son of the late Nathaniel C. Andrews and Mildred L. (MacDonald) Andrews. He was a lifelong resident of Manchester and an active member of the community through his police work, his company N.C. Andrews Co. Heating, Manchester Club, and numerous voluntary positions. He was also proud to portray Chief Masconomo in the town’s 350th Anniversary Pageant, following in his grandfather’s footsteps from the 250th Anniversary.
Neil served for almost 40 years on the Manchester Police Department working his way up from Beach Patrol to the rank of Sergeant when he retired in 2011.
Neil graduated from Manchester High School as a member of the Class of 1967 and was an active participant in their regular reunion events. He later graduated from Curry College with a Bachelor’s Degree in Criminal Justice.
An avid fisherman, Neil was a member of the West Palm Beach Fishing Club and attended tournaments with his family all over the East Coast and the Bahamas on his beloved boat, Uncle Deadly.
He is survived by his wife of 38 years, Ann (Lydon) Andrews, their three children, John H. Shea, III, Kate E. McCusker, Leonard James “L.J.” Andrews, their spouses Kim Shea, Conor McCusker, Melissa Perreira-Andrews, grandchildren, Harrison, Noah, and Quinn, and his nieces and nephews. He was predeceased by his brother, Nathaniel Charles Andrews, Jr. We will miss his quick and sarcastic wit, extensive knowledge of town history, and his incredible work ethic.
His funeral service will be held graveside, at the Rosedale Extension Cemetery, Manchester on Tuesday, January 22, 2019 at 1:00 p.m. followed by a reception at the American Legion Amaral Bailey Post 113, 14 Church Street, Manchester. Arrangements by the Campbell Funeral Home, 525 Cabot Street, Beverly. In lieu of flowers, donations can be made to the Nathaniel C. Andrews Scholarship c/o The Manchester Essex Education Fund, Cape Ann Savings Bank Trust Department, 109 Main Street, Gloucester, MA 01930. Information, directions, condolences at www.campbellfuneral.com.
Published on January 8, 2019
To plant a tree in memory of Leonard Neil Andrews, please visit Tribute Store.

Plant a tree in memory
of Leonard

A place to share condolences and memories.
The guestbook expires on April 07, 2019.