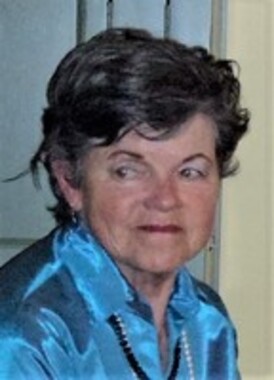 Gloucester, MA - M. Sherrin Langeler, 75, of Gloucester, passed away on February 8. She was born in Fitchburg on October 17, 1944, the first of five daughters of Dolores E. (Sullivan) and Robert S. O'Brien.
Sherrin grew up in Newton. After graduating from Regis College in 1966, she joined the Peace Corps and taught English in Keffi, Nigeria. She met her husband, Dan Langeler, in Nigeria; the two later divorced. While living in Nigeria, her interest in healthcare developed, and she returned to the United States to pursue a nursing degree at Somerville Hospital School of Nursing. She later earned an advanced degree in nurse midwifery in Great Britain. During her long career as a nurse midwife at Brigham and Women's Hospital and Mass General Hospital and their affiliated clinics, Sherrin provided healthcare to generations of women and delivered thousands of babies, several of whom carry "Sherrin" as their first or middle name. Throughout her career, she was committed to equal access in healthcare.
Sherrin lived in Boston for many years, then moved to Gloucester, drawn to the beauty of Cape Ann and the ocean outside her door. Sherrin was an adventurer; she traveled widely in Africa, Europe, and Asia. She loved classical music and the visual arts; she often visited cities known for opera to attend performances in great opera houses. She was an expert gardener, with a phenomenal flower garden in the middle of Mission Hill. She deeply loved animals, and never met a dog she didn't adore (though, unfortunately, she was less fond of cats). Sherrin was whip-smart but also was famously ditzy. She was vivacious, curious, and witty, and she lived life to the fullest.
Sherrin is predeceased by her parents. She is survived by her four sisters and their husbands, Sheila and John Arpe of Boston, Deidre O'Brien Pepi and Louis Pepi of Rockport, Kerry O'Brien and Paul Plumer of Topsham, Maine, and Siobhan and Jim Ugone of Rockport; nieces and nephews Colin Arpe and Katrina Flener of Philadelphia, Pa., Charlie Arpe and Ali Koontz of Brattleboro, Vt., Kevin Arpe of Hong Kong, Slaine and Jay Barfield of Beverly, Nicholas Pepi of Philadelphia, Daniel Plumer of Madrid, Spain, and Gavin Ugone of Rockport; and grandnieces and nephew Cassandra, Penelope, Luma, Niall, and Aiden.
A service celebrating Sherrin's life will be held at 12 p.m. on Saturday, February 29, 2020, at Greely Funeral Home, 212 Washington St., Gloucester. Family and friends are cordially invited. In lieu of flowers, friends may make contributions to Wellspring (302 Essex Ave., Gloucester, MA 01930) or Cape Ann Animal Aid (4 Paws Lane, Gloucester, MA 01930).Online condolences may be given at www.greelyfuneralhome.com.
Published on February 12, 2020
To send flowers to the family of M. Sherrin Langeler, please visit Tribute Store.

Send flowers
in memory of M.

A place to share condolences and memories.
The guestbook expires on May 11, 2020.

Linda Schofield
Sherrin and my Dad, Carl, were quite an item for many years. I would have to say Sherrin was the love of his life. She made him a very happy man for a long time. I hope they rediscover each other and rekindle their love and their shared appreciation of music in heaven!

Carl’s daughter, Linda
Marcia Mawhinney Timilty
I lost a special friend on February 8! many memories from MissionHill gourmet meal,Boston Pops,and overnites. Rest In Peace Sherrin I love you.
Nancy Corcoran, csj 314-203-1199
ncorcoran@csjl.org
Dear Sheila, Deidre, Kerry and Siobhan,
May your memories of Sherrin be a blessing to all of us. Much love!
View all