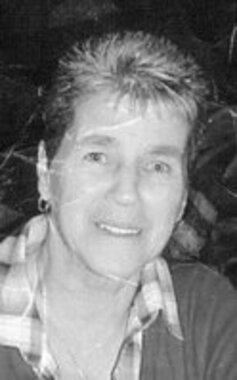 Back to Margaret's story

Gloucester - Margaret (Cote) Sheehan, 74, died on December 23, 2018, after a brief illness. Margaret was born on September 20, 1944, in Lynn, Mass., to Catherine (Flaherty) and Deo Cote. Early in her childhood her family settled in Gloucester at The Fort. She had two brothers, Joseph, who predeceased her, Paul Cote of Gloucester, and a sister Marie of Gloucester and West Palm Beach, Fla. After their parents divorced, Margaret’s mother remarried Louis Meuse, who was a loving and supportive step-father to Margaret, Marie, and the boys.

Margaret loved to tell stories about her childhood living at The Fort. She was protective of her brothers and was known to shield them from bigger boys and bullies. One day recently, sitting in the park at The Fort, reminiscing about those days, she pointed to the edge of the park and said to a friend, “I wish I had a nickel for every time I threw Salvie Benson off that ledge for bothering my brothers.”

Margaret graduated from Gloucester High School in 1962, and later married Patrick Thompson, also of Gloucester. They had a son, Michael. That marriage ended in divorce, and in September, 1968, she married Thomas Sheehan of Gloucester, who survives her. This past September, they celebrated 50 years of marriage.

Early in her career Margaret worked at several of Gloucester’s then-thriving fish plants on the waterfront, including O’Donnell-Usen Fisheries, Kennybec, Aid Pack, and Gloucester Shrimp. Soon enough, however, her interests turned to the hospitality industry. Given her gregarious personality, she was better suited to working with people and, over four decades, she was chambermaid and manager at some of Gloucester’s leading inns, including Cape Ann Motor Inn, the Sea Lion, and Peg Leg (in Rockport). For many years Margaret was an institution at the Good Harbor Beach Inn. At different times she also helped manage some of Gloucester’s great houses, including Red Roof on Eastern Point.

Margaret was never idle; she spent years doing crafts, from stained glass to crocheting. In later years, she loved bingo and quick trips to Foxwoods.

The most important mission of her life, however, was caring for her daughter. In December 1969, Maureen was born with Cerebral Palsy, and Margaret and Tom devoted their lives to creating a wonderful life for Maureen.

People in Gloucester would often see Margaret taking Maureen on walks and to various community events. Maureen loves Native American Pow Wows, so her parents took her to Pow Wows around New England.

Maureen really loves Elvis, as did Margaret, so they attended frequent meetings of the True Elvis Fan Club. And what big Elvis fan doesn’t make a pilgrimage to Graceland?! Several years ago the family drove to Memphis and toured Elvis’s house and museum. They stopped in Nashville for a night and then spent time in Memphis experiencing the sights and sounds of Beale Street.

Margaret leaves her dear husband, Tom; and her loving daughter Maureen; her adoring son Michael, his wife Debby, and their son Zack. She also leaves her beloved sister, Marie (and husband George Lane); and their beloved brother, Paul. In addition, Margaret had 42 nieces and nephews, mostly from Tom’s 15 siblings. Margaret was especially close to her lifelong friend, Andrea Burnham.

Margaret was predeceased by her parents; her step-father; and brother, Joseph.

Margaret seemed to know everybody in Gloucester, and everybody loved her. Margaret always ran the show, and her friends and family wonder how we will carry on without her.

A collation in her memory will take place on Saturday, January 12, from 1 to 3 p.m., at the Gloucester Fraternity Club, 28 Webster Street in Gloucester. Her friends and family are warmly invited to attend.

Donations in Margaret’s memory can be made to Day by Day Adult Day Care at 4 Blackburn Center in Gloucester, 978-281-0252.

The Pike-Newhall Funeral Home, 61 Middle St., Gloucester, is assisting the family with arrangements.
Published on January 9, 2019
To plant a tree in memory of Margaret A. Sheehan, please visit Tribute Store.

Plant a tree in memory
of Margaret