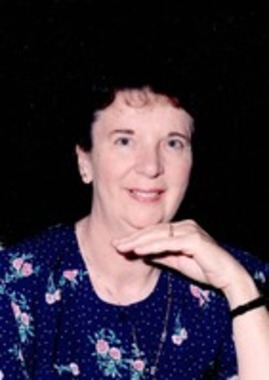 Salisbury - Mary Elizabeth Doucette, 85, a resident of Salisbury, died Monday late morning with her family by her side.
She was born in Ipswich, on April 29, 1934 to the late Guy and Mary (Joyce) Brazier. She was raised in Gloucester and graduated from Gloucester High School. In 1956 she married the late Lester Eugene Doucette, a military family they lived in many locations around the globe before settling in Salisbury, residing there for almost 50 years.
She was primarily a home maker as taking care of her family gave her the most joy. In her earlier years she enjoyed dancing, bowling, and traveling. Recently she enjoyed walking her dogs on Rings Island, and spending time with her family.
Mary is survived by her children, Debra Doucette of Salisbury, Guy Doucette of Manchester, NH, John Doucette and his wife Jill of Salisbury, Maryann Eaton and her husband Gary of Seabrook; grandchildren, Stephen, Erika, and Stuart Linenfelser, Jonna, Janel, and Jenessa Doucette; many nieces and nephews; as well as her lifelong friends Joyce and Doug McMillan. In addition to her husband and parents Mary was predeceased by her brother Robert Brazier in October of this year.
Family and friends are invited to her Funeral Mass at 10:30 a.m. on Tuesday December 3, 2019 at Star of the Sea Parish, followed by burial at Longhill Cemetery, both in Salisbury. The Twomey, LeBlanc, & Conte Funeral Home 193 High St. Newburyport, MA 01950 is assisting Mrs. Doucette's daily with her funeral arrangements.
To offer online condolences please visit www.tlcfuneralhome.com.
Published on November 30, 2019
To plant a tree in memory of Mary Elizabeth Doucette, please visit Tribute Store.

A place to share condolences and memories.
The guestbook expires on February 26, 2020.

Barbara Brazier Ashworth
Guy -- thank you again for letting us know of your mother's passing. It's difficult to grasp that my sister Margaret (Marnie) and I have lost our only first cousins within a month. Whenever my family came to Rocky Neck to see Grandma Brazier, Mary Elizabeth would take the bus across town to visit us. In later years, my husband and I would drive to Salisbury to pick her up and continue on to Gloucester to see Robert and family. She was a sweet and gracious lady.
Our condolences to you, Debra, John and Maryann and the next generation of cousins.
View all