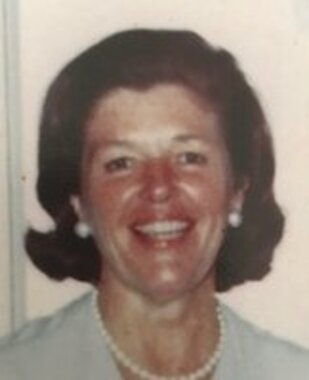 Gloucester - Mrs. Mary A. Heffernan Works, 94, of Gloucester, passed away on Friday, February 15, 2019, at home, praying the rosary with her loving family at her side. She was the loving wife of the late Charles E. Works with whom she shared 71 years of marriage.
Mary was born into a strong Irish Catholic family in Newport, R.I., and continued to practice her deep faith with her husband, Charles, and her children. A communicant at Our Lady of Good Voyage Church in Gloucester, Mary generously gave of herself through numerous volunteer work opportunities as well as helping those in need whether an old friend or a newcomer.

Gifted at a very early age with an exceptional talent to play the piano, Mary’s devout mother, a classical pianist herself, created a Family Quartet with Mary on piano, her younger sister and her two older brothers on the cello and violin. These young children between four and nine years old gave charity concerts to raise money for the poor and hungry in Newport during the Great Depression.

During World War II at 17, Mary managed Gas Ration Coupons in Newport where she met her husband, Lieutenant Charles Works, at the U.S. Naval War College. Charles was Captain of PT Boat 250 in the Pacific. They were married September 14, 1946.

Mary graduated from Annhurst College while raising three children under six years old, and later received her master's of Art and Teaching degree from Manhattanville College.

In her 94 years, through the Great Depression, World War II, many presidents, and family moves, Mary played the piano to entertain her friends and charities as well as creating beautiful art work, paintings and gardens of dahlias.

She was a loving friend comforting many as well as celebrating her friends’ joys with spontaneous get-togethers that evolved into times of great food, piano music, singing of old World War II songs, theme songs, and games and lots of laughter. At other times, her compassion was known for quiet acts and kind words. As a mother and wife, Mary was devoted to her family. Mary is remembered for her kind heart, a quick wit, a great sense of humor, and a very sociable and adventurous personality. And in the many trials of life, it was Mary’s strong faith that carried her through.

Mary volunteered to support families, children and teens and music appreciation. In New York, she was a teacher at the Head Start Program, Director of Girls Program under Action, Inc., a Girl Scout Leader, and a League of Women Voters Director, etc. She and her husband initiated, created, and ran a Teen Center where teens could gather during weekends.

Moving from New York to Gloucester where her husband, Charles operated Works Chevrolet-Olds, Inc., Mary initiated many business ventures as well as volunteering her time joining Meals on Wheels and many other Community and Advisory Boards and organizations.

Mary was a appointed to the Conservation Commission and remained on the Board for 11 years as well as maintaining a role with Community Development Block Grants where she disposed of $5 million in Federal Funds in Small City Grants.

She is survived by her three daughters, Betsy Works of Gloucester, Nancy “Mimi” Works-Corrigan and her husband Mark of Boston, and Jane Tholen Works of Belmont; and her grandchildren, Sage Ellis Cooke, Meghan Elizabeth Joseph, Alexandra Amelia Works Corrigan, and Robert Nicholas Works Corrigan; and her great-grandchildren, Henry Schiffman Joseph, Peter Ivan Joseph, and Samual Works Joseph; her sister Elizabeth Heffernan Murphy, of Newport, R.I. She is also survived by many nieces.

In addition to her husband Charles and parents, Mary was predeceased by her daughter Cynthia Conroy.

The Pike-Newhall Funeral Home, 61 Middle St., Gloucester, is assisting the family with arrangements.
Published on February 20, 2019
To plant a tree in memory of Mary A. Heffernan Works, please visit Tribute Store.

A place to share condolences and memories.
The guestbook expires on May 20, 2019.