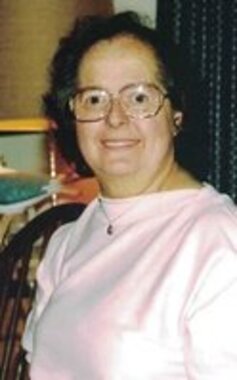 Mary grew up in Rockport and graduated from Rockport High School with the class of 1943. She married her husband Larry, a Gloucester firefighter, on February 24, 1952 and devoted her life to the care of her children and grandchildren, and her home was the center of her family’s life, even as they grew up and set out into the world. She loved animals, filling her home with pets, and even seeing to the well-being of the wildlife around her house and yard. Her quiet generosity extended to her neighbors, friends, and community, as she often knitted and sewed skillfully-made items to donate to local charitable causes. Her summers were defined by her love of the Red Sox, and their most recent World Series win was a bright spot in her 2018.

She is survived by her children, Diane Johnson and her husband James, of Rockport, Joanne Curcuru and her husband Thomas, of Gloucester, and Donna Parry her husband Robert, of Rockport; her grandchildren Dr. Briana Lewis of Meadville, Pennsylvania, Dr. Erin Parry and her husband Adam Hart, of Westwood, Kyle Johnson of Boston, Lauren Healey and her husband Ryan, of Peabody, and Qiana Curcuru of Gloucester; her great-grandchildren Caden Healey and William Hart; her sister, Constance (Connie) Frithsen, of Manchester, Connecticut; her brother, Robert (Bob) Joseph and his wife Cleo of Knoxville, Tennessee; and several nieces and nephews. In addition to her husband, she is predeceased by her brother, George Joseph Jr. and his wife Elizabeth (Betty) of Omaha, Nebraska, and her brother-in-law Arthur R. (Bob) Frithsen.

Mary’s visitation will be in the Pike-Newhall Funeral Home, 61 Middle St., Gloucester, on Friday morning, February 15, 2019, from 8 a.m. Her funeral Mass will be celebrated in Our Lady of Good Voyage Church, 142 Prospect St., Gloucester, at 9:30 a.m. Interment will be in Calvary Cemetery, Gloucester. In lieu of flowers, donations may be made in Mary’s name to Friends of Seacoast, c/o Seacoast Nursing and Rehab Center, 292 Washington St., Gloucester, and the Cape Ann Animal Aid, 4 Paws Lane, Gloucester. For online condolences and register book, please visit www.pikenewhall.com.
Published on February 12, 2019
To plant a tree in memory of Mary E. (Joseph) Colby, please visit Tribute Store.

A place to share condolences and memories.
The guestbook expires on May 12, 2019.