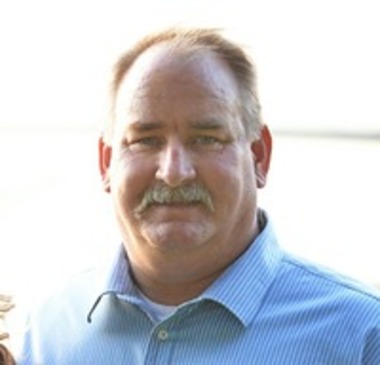 Back to Micheal Ambrose's story

Salem - Micheal Ambrose Townsend, 57, of Salem, unforgettable husband of Carolyn (Carter) Townsend and father of Caitlyn (Townsend) Keith (his greatest accomplishment), passed away unexpectedly on Saturday, December 14, 2019. His love and laughter will not end with his passing.
Born in Gloucester, he was the son of Leo Francis and the late Donna (Hunter) Francis. Raised and educated in Gloucester, he was a graduate of Gloucester High School and continued his education at ITT Technical Institute in Woburn.

A man with a heart of gold, Micheal had many interests and careers. From being a salesman, to a treasure finder, to Santa's helper. Micheal most recently worked at North Shore Nissan where he would work long hours with the goal of making someone's day. Micheal's charismatic personality and big smile endeared him to many. His strong work ethic and ability to communicate well with others allowed him to excel in his position. A loving husband, father, brother, uncle, and friend. Family was paramount; his love for his wife and daughter was truly at the heart of who Micheal was. An outdoorsman, he enjoyed things like fishing, recycling, constructing, and racing pigeons. A jack of all trades, he could often be found helping his family, friends, and neighbors with their many projects. His close-knit group of friends and family knew they could always count on him in their time of need.
A big jolly man with an expressive personality, Micheal was the perfect fit to be one of Santa's helpers; which he did ever year, spreading cheer visiting those all over during the Christmas season. If you said you needed or wanted something, he would be at your door with it. Selfless and humble, he would not expect a thank you or payment, he would just want to know that he brought you a bit of joy. He was our everyday Santa. He will be greatly missed, by all who had the pleasure of knowing him.
In addition to his wife Carolyn, with whom he shared 31 years of marriage, Micheal has a large family including his daughter, Caitlyn Carter (Townsend) Keith and her husband, Ryan of North Yarmouth, Maine; his brothers, Edward Townsend and his wife, Nancy of Pennsylvania, Bradley Robertson and his wife, Angela of Gloucester, Donald Robertson and his wife, Doreen of Gloucester, Glenn Roberston and his wife, Rosalie of Maine, the late Kenneth Robertson and his wife Rhonda Robertson of Maine, his sisters-in-law, Susan Langley and her husband, Michael of KS, Deborah Morris of Haverhill, his brothers-in-law, Robert Carter and his wife, Annette of Salem and Michael Carter of Hampton, NH, his many nieces and nephews, and Caitlyn's in-laws Nick, Bonnie, and Kaylin Keith of Maine. He had many friends who were family and were incredibly meaningful to him as well, including the Stetson family. He would want us to mention his loyal four-legged children, Summah and Wintah.

Micheal's funeral service will be held in the Peterson-O'Donnell Funeral Home, 167 Maple St., (Rte. 62) Danvers on Sunday, December 22nd at 2 p.m. with his visiting hours prior to his services from 10 a.m. to 1:30 p.m. Relatives and friends invited. In lieu of flowers, donations may be made in Micheal's memory to Camp Sunshine in Casco, Maine, www.campsunshine.org. This is his daughter's favorite place and he was supremely proud of this. To share a memory or offer a condolence, please visit www.odonnellfuneralservice.com.
Published on December 19, 2019
To plant a tree in memory of Micheal Ambrose Townsend, please visit Tribute Store.

Plant a tree in memory
of Micheal Ambrose