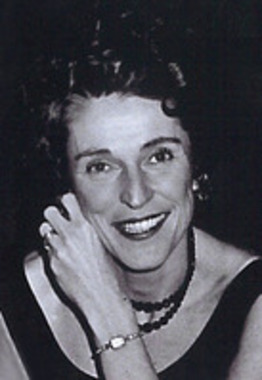 Back to Mildred "Mimi" Curtin's story

Pittsford, NY - July 10, 2018, age 97, departed for eternity with a happy heart, joining her beloved “Owl” (her late husband, Alfred G. Boylan), with whom she shared 67 years of marriage. Along with her devoted family and a lifetime of diverse and multi-generational friendships, she leaves a legacy of public service and contributions to the fabric of Rochester’s arts and educational institutions.
Mildred was a fourth-generation Rochesterian, the daughter of the late John C. Curtin and Elizabeth (McClusky) Curtin. She was a graduate of Nazareth Academy and Nazareth College. Her early career brought her first to a teaching position at Mercyhurst College in Erie, Pa., and then to WRNY Radio of Rochester where she was a pioneer female broadcaster and Women’s Program Director; her first assignment was to spend the day in Hyde Park, N.Y., with Eleanor Roosevelt who was adjusting to her life after the death of FDR. Decades before book clubs became popular, Mildred hosted “Cover to Cover,” an interview-style book review television program on WVET-TV in the 1950s and 1960s. Later, she wrote a weekly book review column for the Rochester Times Union, and was a member of the faculty of St. John Fisher College where she taught public speaking and communications.
Throughout this time, Mildred was an avid participant in local and national politics. She ran for supervisor of Pittsford in 1961 and volunteered for various political campaigns, including John F. Kennedy’s presidential campaign in 1960. She and Al attended JFK’s inauguration and Inaugural Ball, determinedly making their way to Washington by Greyhound Bus after a snowstorm grounded their fight. She involved herself deeply in social causes and was on the boards of the Rochester School for the Deaf, Flower City Television Corporation, St. Mary’s Hospital Foundation, the local chapters of the American Red Cross and the March of Dimes, and was past president of the Friends of the Rochester Public Library. She was the first woman trustee of McQuaid Jesuit High School, and a trustee of St. John Fisher College. Her enthusiasm and love for the arts led to years of volunteering for the Memorial Art Gallery and the Rochester Community Players, both of which she was past president. She was an active member of the Chatterbox Club and the Genesee Valley Club as well as a member of RIT’s Institute of Fellows. Her popular live book review presentations, often at the Rochester Public Library’s “Books Sandwiched In” series, revealed her enthusiasm for literature and her gift for insightful analysis, which she combined with her own flair for storytelling. She and Al were honored by the Nazareth Schools with the 1999 Lux Lumina Award for public service. In addition, Mildred was honored by St. John Fisher College with the establishment of the Mildred Boylan Diversity Scholarship funded by one of her former students.
She was a passionate theater-goer and an actor from an early age. She appeared in many productions at the Rochester Community Players and also performed with Al in productions of A.R. Gurney’s “Love Letters,” and her own adaptation of Truman Capote’s, “A Christmas Memory.”
Mildred’s curiosity and love of travel led her and Al around the world. She rode donkeys in Greece, horses in the American southwest, and wrestled with a monkey over a jar of peanut better in Kenya. She and Al traveled to Europe many times; often to Ireland where they enjoyed summer adventures with their three children. Mildred firmly believed that traveling was critical to understanding other people and cultures and the social and political issues of our times. In later years, she and Al wintered in San Miguel de Allende, Mexico, where they had many friends, but she was happiest at their summer home on Canandaigua Lake in South Bristol, N.Y., which she considered her spiritual home base and where she found a perfect balance of tranquility and the company of family and friends.
She leaves her three children, Mark (Anne) of Rochester, Mary John of Gloucester, Mass., and Alfred W. “Ted” (Miranda) of Concord, Mass.; six grandchildren, Schuyler (Katharine), Tristan, Maura, and Conor Boylan, Olivia (Alex) MacLeod, Susannah “Annie” Gale; and a great-granddaughter, Annabelle Boylan. She was predeceased by her husband, Alfred; and her granddaughter, Caroline “Nina” Boylan. She leaves many nieces and nephews; great-nieces and great-nephews; her many friends; and a 400-year-old oak tree under whose branches she often pondered life’s mysteries as well as her gratitude for having lived a long and happy life.
A memorial service will be held Saturday, July 21, 10 a.m., at St. Mary’s Church in Rochester, N.Y. In lieu of flowers, a donation in Mildred’s memory may be made to the Mildred Boylan Diversity Scholarship at St. John Fisher College, 3690 East Ave., Rochester, NY 14618. To share a memory of Mildred or send a condolence to the family, visit www.anthonychapels.com.
Published on July 16, 2018
To plant a tree in memory of Mildred "Mimi" Curtin Boylan, please visit Tribute Store. 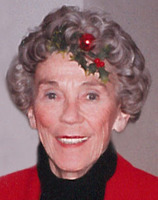 Plant a tree in memory
of Mildred "Mimi" Curtin

A place to share condolences and memories.
The guestbook expires on October 13, 2018.