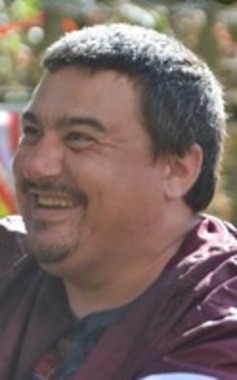 Back to Nathan's story

Lynn - On December 8, 2019 Nathan Lemuel Reed suddenly and unexpectedly left this life far too early, and is now in heaven with Jesus, his Lord and Savior.
Nathan was born in Dover New Hampshire on January 5th 1983. He was the first born child to Barbara Frank of Lisbon Maine and Daniel Reed of Lewiston Maine. His parents were over the moon about his arrival and fell in love hard and fast. His early years were spent in West Kennebunk Maine where he spent many hours playing with his younger sister Rachel, enjoying time in nature, many days at "Mothers Beach" in Kennebunk catching waves, building sandcastles, and playing with other children in the neighborhood. Nathan was a superior student and had a reputation for being an excellent chess player, so good that once at the age of 8, he played against the Maine Chess Champion who was quite impressed at his abilities. Nathan was also an avid Scrabble player who took no prisoners! He enjoyed playing baseball and basketball and was well liked by his teachers and peers. Nathan also enjoyed learning to play the drums and carried his love of music with him his whole life. Nathan had many great qualities; he was a gentle, compassionate, kind and polite young man with a heart of gold. He had an amazing sense of humor and gave the very best hugs. He loved his family and friends and he was extremely loved by them.
Nathan was proud to be a United States Veteran as he served time in the Iraq war from 2002-2004. There are no words to describe the pain of losing him so soon. Much of Nathan's adult life was spent fighting battles with mental illness and addiction. In the end Nathan beat addiction and conquered barriers that a lesser man would not have overcome. Nathan found the love and support to do this at Habitat Plus in Lynn where he found his tribe with other veterans who were like brothers to him. We cannot begin to express our gratitude to all of them and the beautiful souls who work so hard everyday to make Habitat Plus home. You all were his second family and he loved you as much you loved him.
Nathan fought many battles in his short life but he ultimately won the war on addiction and had taken back his life. Nathan will be remembered and celebrated as a hero. We are so proud of Nathans fight, strength and persistence. Nathan will always be cherished in our hearts, remembered and celebrated as a hero. He is survived by his both his parents, Barbara Frank of Lisbon, Maine and Daniel Reed of Lewiston, Maine, his sister Rachel and Jason Hatch, his niece, Imogene and nephews Miles, Memphis and Dax of Lewiston, Maine, his grandmother, Betty Josephson of Auburn, Maine; his grandfather, Jack Carey and his wife Noreen of Lawrence, his aunt Cheryl Carey of Biddeford, Maine; uncles, Brian and Kevin Carey of Gloucester, many cousins, extended family and friends.
His visiting hours will be at the Campbell Funeral Home, 525 Cabot Street, Beverly on Saturday, December 14, 2019 from 10 to 12 p.m. A graveside service will be held at the Veterans Memorial Cemetery, 163 Mount Vernon Road, Augusta, Maine on Tuesday, December 17, 2019 at 12 p.m. In lieu of flowers, the family asks donations be made in Nathan's honor to Habitat Plus, 516 Essex St, Lynn. Information, directions, condolences at www.campbellfuneral.com.
Published on December 12, 2019
To plant a tree in memory of Nathan L. Reed, please visit Tribute Store.

Plant a tree in memory
of Nathan

A place to share condolences and memories.
The guestbook expires on March 10, 2020.

Jeanmarie Verga Chartier
Barbara and Dan I am saddened to hear if the passing of your son. May God give you the strength you need at this time.
View all