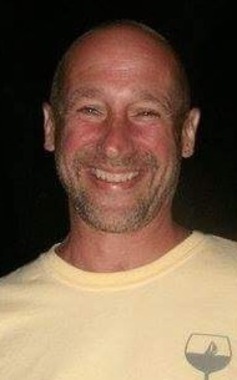 Back to Neil Charles's story

Mr. Neil Charles Rossman, 54, of Gloucester, died unexpectedly Sunday, April 16, 2017.
Born in Boston, he was the son of the late Robert M. and Hariette (Stewart) Rossman. He was raised and educated in Boxford and was a graduate of Masconomet Regional High School, Class of 1981.

Neil was an outstanding athlete in all he did but truly stood out on the football field and in the hockey arena.

He continued his education at Bridgeton Academy and attended the University of Arizona.

Mr. Rossman followed in his father’s footsteps and worked for many years in the printing industry. He was in sales at both Daniels Printing of Chelsea and at Bowne Printing of South Boston. He continued in the sales field throughout his career.

Neil was a longtime resident of Boxford and Gloucester. He was an avid outdoorsman who enjoyed time fishing and being anywhere near or on the ocean. His fun loving personality endeared him to so many. He could talk to anyone and make them feel included. He was truly a people person and showed those he cared for a deep affection that was hard to match. He left a warm and lasting impression of those he met and had a kind heart that always meant well.
If you had the pleasure of spending time with Neil, you were always aware of his vitality and his gregarious nature. His enthusiasm for whatever he was doing was infectious. Neil had a passion for cooking and found great joy in seeing others appreciate his creations. He was well read, had an incredible memory and a worldly knowledge of many disciplines. Neil was a straight shooter, and he always let you know how he felt. He had many lifelong friends and if he loved you, there was no way you could forget it. He was truly a loyal friend.

Neil loved his daughter, Hayley and was so proud of her and all she has accomplished.

He will be deeply missed by many people.

Neil is survived by his loving daughter, Hayley Rossman; his sisters, Ilene Tranchina and her husband, Donald of Stoneham and Amybeth Berner and her husband, Bruce of Lumberton, N.J.; his nieces, Rachael Berner and Esther Daniels; his nephews, Joseph and Joshua Tranchina; and many aunts, uncles, cousins, and friends.
Relatives and friends are invited to a celebration of Neil’s life which will be held in the Peterson-O’Donnell Funeral Home, 167 Maple St. (Route 62), Danvers on Saturday, April 29 between the hours of 1 to 3:30 p.m., followed by a short memorial service. In lieu of flowers, expressions of sympathy may be made in Neil’s memory to the Mass Audubon for the Ipswich River, c/o 208 South Great Road, Lincoln, MA 01773. To share a memory or offer a condolence, please visit www.odonnellfuneralservice.com.
Published on April 26, 2017
To plant a tree in memory of Neil Charles Rossman, please visit Tribute Store.

Plant a tree in memory
of Neil Charles

A place to share condolences and memories.
The guestbook expires on October 22, 2017.